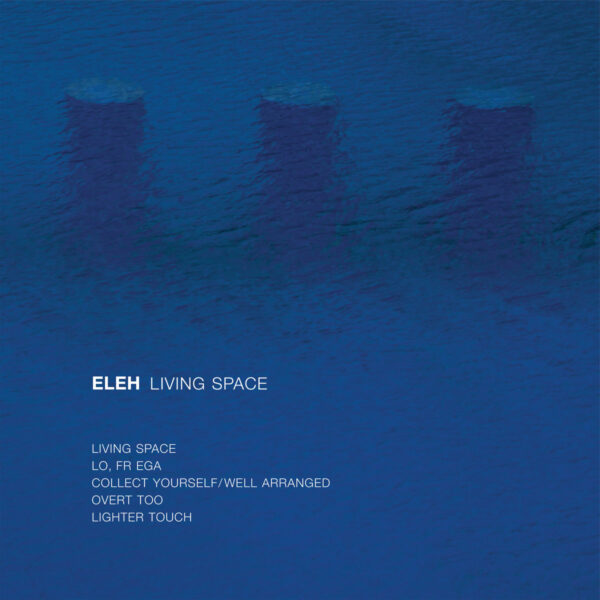 Living Space (TOUCH TO:114) is the excellent new record from Eleh, the mysterious London electronic musician who works very hard to maintain his low profile and generally won’t be drawn out about his work. We can only applaud this attitude, and I find that in the majority of cases I warm to creators who eschew the limelight and shrink from attention-seeking.

We heard from Eleh in 2010 with the very fine Location Momentum record, his second for Touch (this is his third), and noted then as we do now that the majority of his output can be found on Important Records in the USA, often in print runs of about 200 copies or so, and usually available by mail order only. Eleh could well be the kind of entity that inspires a devoted following, much like that other reclusive and highly prolific creator of hermetic drone music, Organum. Living Space could be characterised as “minimal analogue drone” for sure, but there are a number of nuances and special aspects that one must be attentive towards.

One of these, and it ought to impact you as soon as you play the record at appropriate volumes, is the judicious use of bass tones, These will produce physical reactions in your body that you won’t regret; sound as a physical force, which seems to be doing more than just entering through your ears. There’s also the interest in occupying the dimensions of the room where the record is played back, something Eleh seems to do with such focus and determination that it’s almost scary; it’s not an invasive force, but it’s certainly not taking no for an answer. I’ve never seen a live Eleh performance, but I would hope he could fill any given venue with his benign tones which, in no time at all, appear to have volume, shape, and weight. I read in the press release that there are also claims made for “healing music” and “the effect of stopping time”, both of which are plausible at some level; less convinced me by the notion of “applying your own emotions to the music”, which is something you could say about virtually all music; but it does reflect on the “blank canvas” dimension of this Eleh record, which apparently is not unintentional.

There will be a vinyl edition of this release, but the label say they’re only producing it to cater to the fetishists; the CD edition is how Eleh prefers to present it. Superb package, and probably not cheap to produce; good quality cardstock, six panels, the interiors used to present Jon Wozencroft’s colour photographs of water. Very good. From 20th September 2019.