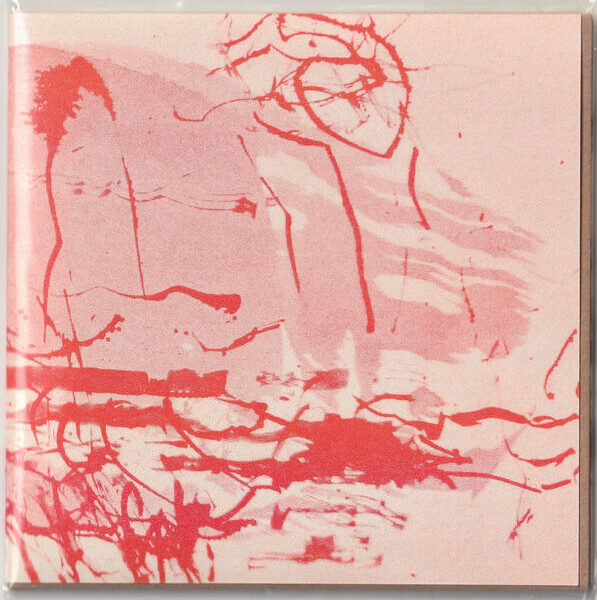 Canadian Drummer Guy Thouin has a respectable CV, to put it mildly. He’s pretty much a hero of new music and the underground in that country. A founder member of the Quatuor de Jazz Libre Du Quebec, he’s appeared on numerous records since the mid-1960s; two highlights I will single out are his appearance with L’Infonie, whose 1970 LP Mantra is a pretty good touchstone of the counterculture in Canada. I guess you could say L’Infonie were like the Canadian equivalent to AMM or MEV, except L’Infonie had a tinge more free-jazz direction in their no-boundaries approach to music. Plus there was the Terry Riley connection, which continued when Thouin played on 1970s performances of In C. Thouin originally founded the heArt Ensemble in 1986, but he’s recently decided to revive it; it’s pretty much a free jazz improvisation thing with very open-ended rules about membership. In 2015 Thouin started getting some action going in the basement of his home and inviting guest musicians to play, thus launching the “From The Basement” series. In America, they had the “loft scene” in the 1970s, which I think was pretty much in the same spirit of self-help and doing things economically at a time when the audiences and market for jazz music were in a slump.

Here are two CDRs released by Small Scale Music providing evidence of Thoun’s recent work. The first of these, called simply From The Basement (SSM-020) is a set of drum and saxophone duets, where Thouin plays with Félix-Antoine Hamel for eight cuts of high-energy, free-form blart. I see the drummer credits himself as Yug Guy Thouin in print, harking back to the 1970s when all the members of L’Infonie spelled their names backwards as a badge of their non-conformity. Félix-Antoine has appeared on record before playing with Karoline Leblanc and Paulo Ferreira Lopes, though I’m not sure if we’ve ever heard him; he’s a good over-blower and honker with an extremely expressive tone. The simple sax and drums set-up has a long tradition in free jazz, I need hardly tell you, and this record will appeal to all listeners who feel energised and excited by anything from 1969 in the BYG catalogue, for instance. Thouin and Hamel have dispensed with any attempt to play tunes, and what you get is pure unfettered free blowing; although we should mention that one track, ‘Tehai (Takedin)’ allows Thouin to remind us of his abiding interest in Indian music, by playing the tablas. The splashy abstract cover art is by Marie Lemieux.

The duo regroup on the second CDR Oréade (SSM-021), where they’re joined by Marilou Lyonnais-Archambault playing her harp and electronics. This is quite a different record to the above. Lyonnais-Archambault is more than a musician, she’s a visual artist and conceptual artist, and has recently exhibited artworks of her “Folding Web Pages”. The sound of her harp, treated I suppose with electronic effects, is quite simply gorgeous on this record of 11 experiments with the duo; to be honest I’d like to hear more of it, without the enthused tootling of Félix-Antoine Hamel running alongside it, but on the other hand it’s this blend of two wildly different styles of playing which results in a certain amount of tension, and gives this music its distinctive flavour. This isn’t to say the sax and drums ignore what she’s doing, and there are many moments where they slow down their usual high-energy mode and move at a pace that’s more appropriate to her natural rhythms. We hear this most plainly on ‘Day Dream’ or ‘Fall Mood’, for instance, and the results are really something special; a magical moment in crystalline and fluid sounds. heArt Ensemble refer to this collaboration as “an intense period of experimentation” and claim that the gifted harpist has brought something new to the group, helping to “enrich the language” with her “strong conceptual drive”. I can confirm this is the case. And if you were expecting a retread of tropes made famous by Alice Coltrane or Dorothy Ashby, think again; this seems to be coming from more of an art-music direction, expanding borders of free improvisation, and favours sound production over the playing of melodic tunes. For some reason I now wish that Marilou Lyonnais-Archambault could have made a record with Annette Peacock; that would have been an amazing entry into my canon of imaginary records from history.

Both the above from 29th October 2019, courtesy of Raphael Foisy.