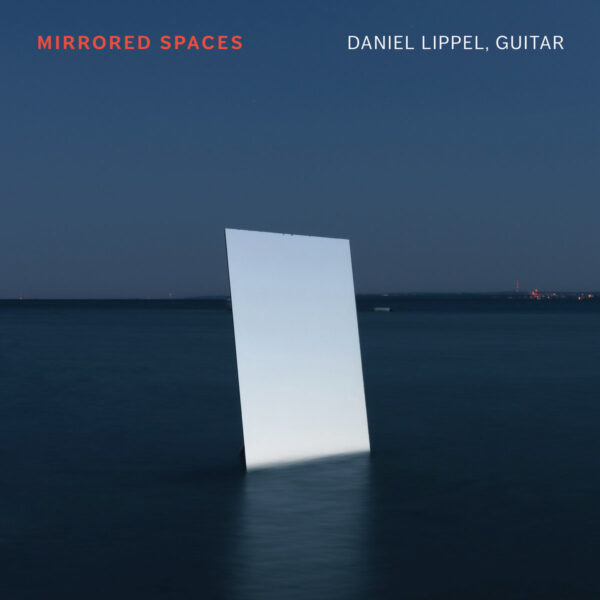 Guitarist Daniel Lippel appeared on Through Which The Past Shines in 2018; I see I was a bit cool about my reception then, but somehow I am warming to this double CD solo set called Mirrored Spaces (NEW FOCUS RECORDINGS FCR239). Based on a fairly superficial skim, I’m digging the gentle tones, the exploration of unusual timbres executed in a very subtle and understated manner…there’s also much to be said about the unhurried tone in which Lippel drops down every note with the precision of a jeweller about to cut a diamond. This set is mainly a showcase for a number of his composer buddies, including Karin Wetzel, Ryan Streber, Sidney Corbett. Douglas Boyce, Ethan Wickman, and others; if there’s any common ground between them, it might be to do with the “microtonal” style of writing, or perhaps their interest in history and culture. At any rate, this is what I understand by the press notes when they speak of “extra-musical reference points”. I haven’t found too many of them yet, apart from the one by Corbett which seems to have been inspired by graffiti in Detroit, and Wickman’s piece which is titled ‘Joie Divisions’, but I’ll keep looking.

Lippel, who also played on the Du Yun record Dinosaur Scars for this label, plays both classical and electric guitar, but it’s mainly the acoustic which dominates the overall sound and mood of Mirrored Spaces; to put it another way, he’s not into grand gestures with wild or bold effects treatments, nor the sort of unorthodox fingering and chord shapes that Derek Bailey traded in. Even so, for those who enjoy the sound of the guitar, there’s a lot to enjoy here. Triple gatefold packaging includes a lengthy booklet of notes, which put the music into context with more detail than you could wish for. From 28 October 2019.