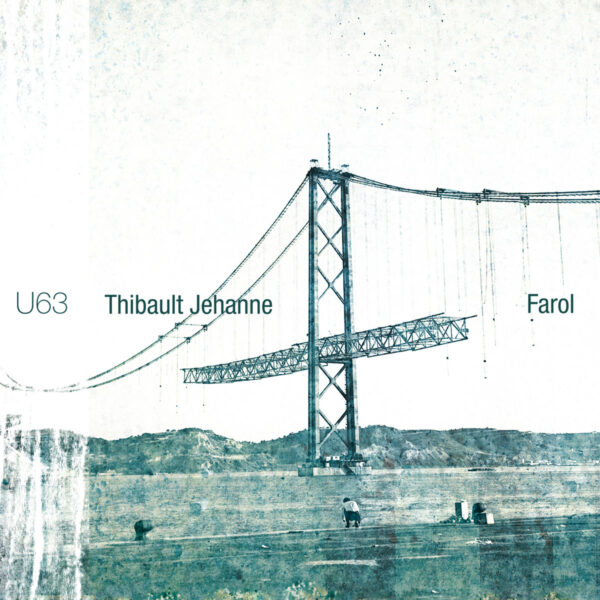 Conceived as a tribute to the 25 de Abril Bridge built over the Tejo River linking parts of metropolitan Lisbon in Portugal, the sound recordings made by French sound artist Thibault Jehanne around the suspension bridge in 2017 and brought together in “Farol” tell of a secret world that may still reside in the pylons, cables and transport infrastructure of the bridge. The structure itself has seen and experienced a fair amount of history itself: from 1966 when it was completed to 1974, the bridge was known as the Salazar Bridge after Portugal’s dictator at the time; the bridge was later renamed 25 de Abril Bridge after the date of the Carnation Revolution that overthrew the government Antonio de Oliveira Salazar left behind after his death in 1970. Doubtless this and other memories of the bridge’s changing fortunes – and with them, those of Lisbon and Portugal as well – are stored within and throughout the monument, awaiting the moment when a medium sensitive to the ghosts resident within the bridge calls to them, inviting them to reveal their secrets and wisdom.

The original sounds Jehanne recorded may have been pedestrian and very loud – traffic noises mix with the noise of winds gusting over surfaces on the bridge – but on “Farol” they assume an eerie otherworldly quality and bring forward phantom spirits with messages to share with us mortals. Choirs of voices starting close to the beginning of “Farol” eventually become chants of protests against an unpopular fascist government. Industrial rhythms and drones, traffic noises and the screech of aircraft flying close by block out the sighs and susurrations of the bridge’s invisible inhabitants but when all the noise of daily city life dies down, the presence of these beings reasserts itself.

Out of his recordings gathered from the bridge and its environs, including the creakings and the moanings of the bridge cables as they sway in the winds, and the splashes of water in the river below, Jehanne fashions a hypnotic and spellbinding work of history, memory and change – and the hopes, disappointments, failures and sacrifices contained therein – all bound up in this architectural structure. The bridge almost comes alive, labouring to breathe, and straining at its cables and suspenders. Nothing repeats on the CD and there are new surprises almost right up to the end of the work.