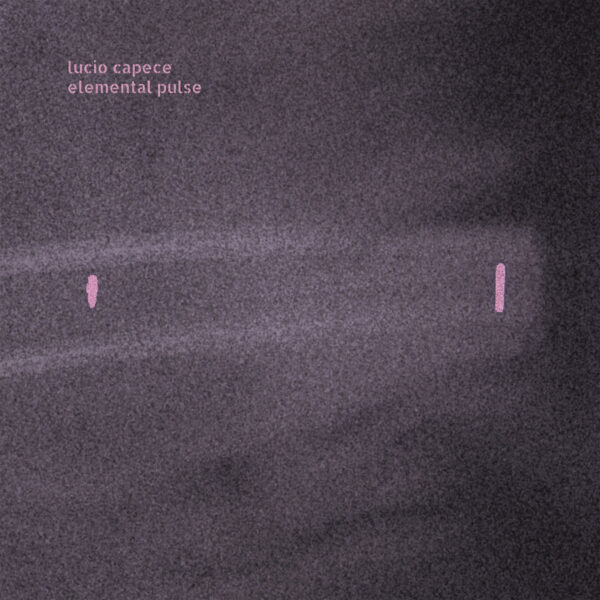 Three lengthy experiments from Lucio Capece on his Elemental Pulse (INTONEMA int030). As the world knows, this Argentinian fellow has produced impressive works with his minimal saxophone, but here he’s delving into the crunchy dimensions of electronic synthesis.

On ‘Humanned Maneuvering Unit’, an analog synth and filter appear alongside his slide saxophone for 19 mins of very mystifying foggy low-level drone. The bass frequencies on this one should tickle the underbelly of your pet ocelot. I like to think this “unit” he refers to, although wholly imaginary, might form part of the CIA’s arsenal in their war against crime. It could sneak its way through ventilation ducts in a building to monitor clandestine conversations. Capece’s music emulates the snakey movements of such a unit very well.

On ‘Wessenschau’, he seems to have dispensed with the saxophone altogether, although it can be useful to generate feedback in some situations. Instead the pulses and tones are created by a sequencer (I assume), passed through filters and synths…plus there’s a ring modulator, that device so loved by Stockhausen, whose role in life is to separate out differences in electronic sounds and subtract one sum from the other. 1 In his own low-key way, Capece here succeeds in making a form of ultra-minimal techno that’s so obscure and unfathomable that it wipes out a hundred night-clubs across Europe. Recommended listening for when they’ve turned off your central heating, it’s 20 below outside, and yet you still think you could stand to be even colder. Prepare to turn blue, then grey, as you listen in mounting horror. Great!

‘Late Night Lake’ is a different jughorn of curtain-hooks, as it blends field recordings with sine tones, clarinet playing, filters, and feedback that’s been “equalised” in some way. Capece feels obliged to tell us the time, date and place of this field recording (it was in a forest in Poland at a bleak inhuman hour), as most phonographers do. Evidently he found the mood by the lake so compelling he didn’t want to do much to disturb the atmosphere, but gradually the sine tones come in like benign gnats, and we arrive at the hoped-form melding of real-life with the life inside the box…the box of printed circuits, that is. This ‘Lake’ beast takes all of 28 mins to get its point across, and in terms of duration in proportion to its content, it’s a strong contender to have been included on the winds measure recordings label, a natural home of small sounds and lower-case listening. The clarinet parts, when they appear, are little short of uncanny. A loop seems to have been used to insert these eerie sounds, and Ben Vida helped with that loop. It sounds like a part of the universe swallowing itself up.