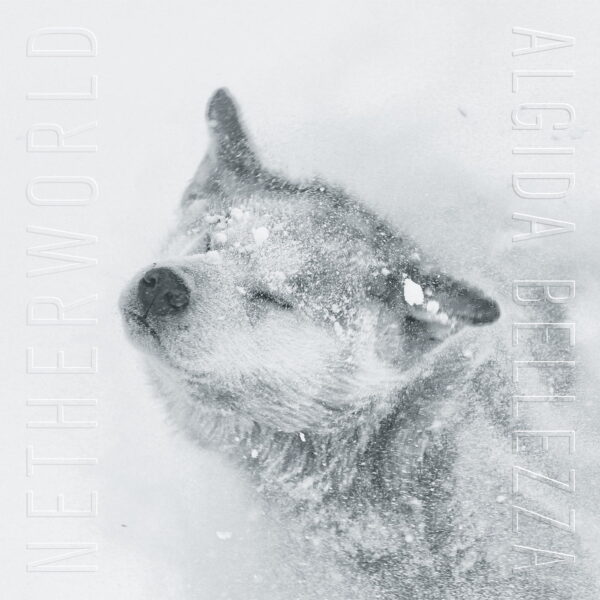 Alessandro Tedeschi is Netherworld and also happens to run the Glacial Movements Records label in Rome, where since around 2006 he’s been issuing records not just by himself but also such like-minded ambient minimal geniuses as Rapoon, Lull, Francisco López, Celer, Machinefabriek, Paul Schutze, and Scanner. As an index of how he projects his world view through the label, just about every release on Glacial Movements has cover art photography from the frozen arctic wastes, and words synonymous with “ice” and “cold” feature heavily in every title. It’s almost as if every one of the 45 or so albums on this label were aiming to communicate the same impression of frozen isolation.

Much the same vibe emerges from today’s record Algida Bellezza (GLACIAL MOVEMENTS GM 039), which contains five lengthy tracks of cold and chilling ambient soundscapes of a highly abstract, non-melodic variety. Sheesh, it’s so empty. No wonder some describe this fellow Netherworld as “stern ambient”. Where other ambient drifters may wish to evoke a benign and multi-faceted view of the world around them, Tedeschi couldn’t care less, and remains fixated on one thing – the cold bleak snow. I’m not even sure if it’s intended as a metaphor for an interior darkness; it just is what it is. I can see myself developing a taste for this, empty as it may appear at first, since the music here has a kind of purity of essence lacking in 90% of digital murk that crosses our desk these days. The photo of the dog (or wolf) on the cover can’t help but evoke our sympathy too, buried up to its neck in a snowdrift. Yet the animal seems to be stoically accepting of its fate. Maybe we should follow the example of that hapless brute.

High quality production on the tri-fold digipak which has embossed letters on the front…a fine piece of snowblind blankness, which may lead the curious to venture out (wearing fur-lined boots) and investigate the output of this single-minded label further. From 19th November 2019.