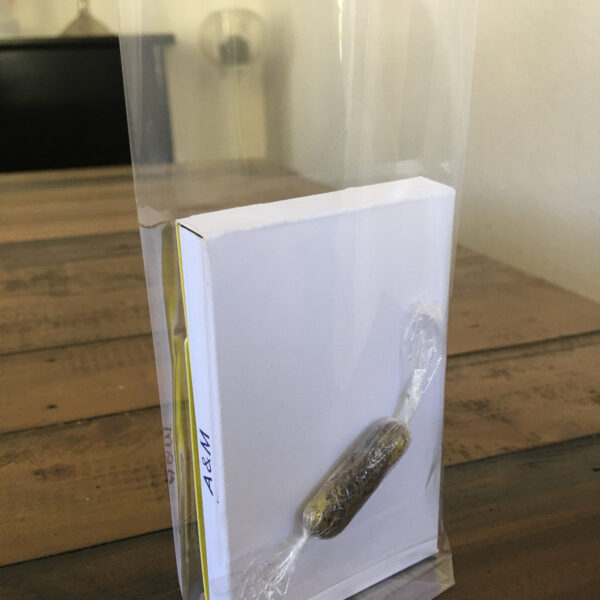 Limited edition cassette (NO LABEL) of absurd electronic noise from Alexandre Kittel and Claude Spenlehauer, calling themselves Arnold & Monica. Kittel and Spenlehauer are two members of French group Micro_Penis…as regular readers may know, we’ve had a love-hate relationship with this marginal band of lunatics for some years now and have endured many sonic nightmares and bouts of musical indigestion from their outrageous, devil-may-care antics. One of the band’s hallmarks (and indeed the solo and collaborative projects of the main man Sebastian Borgo, aka Ogrob) has been to push at the boundaries of good taste and do their best to upset the bourgeoisie (if there are any of them left now), a tradition which continues with the theme of today’s offering; the all-white cassette cover unfolds into a carton depicting a lurid no-holds-barred photo of a soiled baby’s nappie, printed on a yucky yellow background; the press blurb rubs our nose in this unpleasant image, asking us “Do you like child pooh spread over a diaper?”, and there’s even a brown sweetie wrapped in cellophane included in the package, which they identify as a “delicious poo candy”. So far, so repellent – but they wouldn’t be the first ever artists, musical or otherwise, to liken the creative process to defecation. Actually I think the main point they’re trying to make is that their own noise is just infantile dribble, and not worth taking seriously; I’ve noticed this before with other Ogrob-related records, where there’s some blunt attempt to deflect any criticism or engagement on the part of the audience, by pre-empting the entire argument from the start. See for instance my notes on La Tétralogie de La Mortadelle, where I concluded it was “muddy, disjunctive noise, which pokes fun at anyone foolish enough to take music seriously.”

The music isn’t in fact as “extreme” as any of this might suggest, and indeed the duo seem to be dismissing it as a mere bagatelle which they dashed off between gigs. As it happens, it’s this throwaway quality which is endearing me to the music, which in the hands of anyone else would just appear to be sketchy and unfinished. It’s mostly just very odd and eccentric. Made with perhaps synths, drum machines, sequencers and various distorting effects, these mad dribbles follow little logic and just splurge across the canvas in a very natural manner. Heck, I seem to be using their own metaphor already – there’s the power of suggestion for you. I think it’s on side two that they come close to delivering the truly obnoxious “stink” they’re aiming at, a moment when the growly incoherent vocal groans and the nasty music come together to suggest a whiff of menace. If they tried a bit harder, Arnold & Monica could come across as a pair of surly thugs hanging around a dance venue where they clearly don’t belong (they’re too old and too ugly), hoping to start a fight or worse. While they’re waiting, this cassette represents the disordered thoughts running through their retarded brains, emerging as a sarcastic distortion of the happy Techno beats around them. They’re only offering two very short segments for streaming on their Bandcamp page, so if you want to enjoy the full effect of this foul, smelly thing, you’ll have to order the limited cassette. From 28 November 2019.