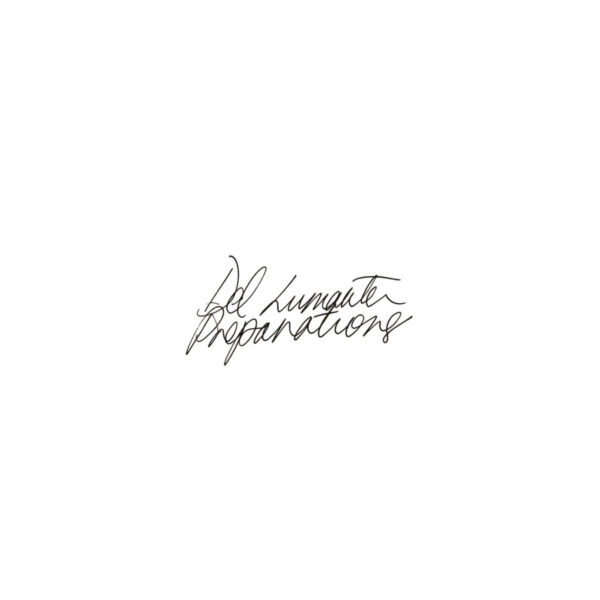 Hats off to Del Lumanta, an Australian Filipino artist who is doing much in the way of events, workshops, DJing, and gallery-based things in Sydney just now. These would include things like All Girl Electronic, New Age Noise, and Double Vision; the music may be tangential to the societal and educational impact Del Lumanta wishes to make, and chief among their goals are such things as inclusivity and participation. For Preparations (A GUIDE TO SAINTS SNT028), Del Lumanta performed at the Art Gallery of NSW, and the results – the first time they had experimented with modular synths – are presented as a three-part suite here on side A of the cassette. Del Lumanta confesses that “I often feel guarded when entering these realms,” perhaps contemplating ethical and artistic dilemmas which a gallery institution can impose on a creative spirit. Some weeks later, the long track on side B was recorded, as Del Lumanta tried to wind down and offers a few pithy contemplative remarks on “resources”, which might refer to anything to inner artistic drive or to the earth’s natural resources. Given the title, ‘Last Day of Rain’, it’s possible the creator feels as strongly about global concerns and disaster capitalism as does label boss, Lawrence English. Musically, this material is pretty maximal has more body than most contemporary ambient music; I like the three parts of ‘Preparations’, which are simple and open-ended abstract electronica drones with lots of exciting incident, managing to seem quite upbeat about everything without resorting to the cliches of dance and DJ culture (an arena she’s not unfamiliar with). However, ‘Last Days Of Rain’ has a pretty banal melodic structure, revealing some of the musical limitations of Del Lumanta. From 27th November 2019.