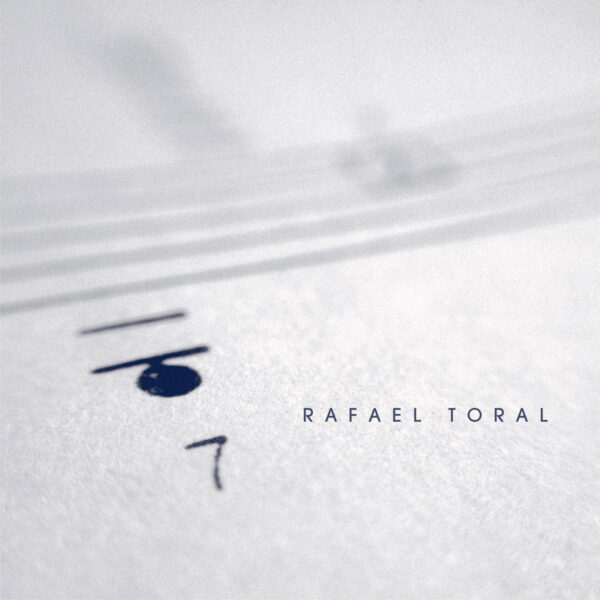 Portuguese composer Rafael Toral released Sound Mind Sound Body in 1994. I recall enjoying this record at the time and liked its evocative images of a jet airliner suspended in a purple-blue sky. It was also his debut album. At the time I guess this approach to electro-acoustic composition was quite a new thing to me, although one may also have tended to regard it as a “solo” record, since Toral performed and overdubbed all the parts himself, using guitar, bass, sampler, and tape.

He’s decided to revisit one of the pieces on that album for today’s new record, Constellation In Still Time (ROOM 40 RM4115). Despite its starry title, it might not be part of his ongoing ‘Space Program’ series (see his Moon Field record from 2017). The composition AER 7 appeared in three versions on that 1994 album, each lasting around 12 to 16 mins – I mention this as he’s now, with ‘AER 7 G’, found a way to expand it to an encyclopedic length of one hour and 12 mins. It’s also been rescored for a small chamber orchestra, and the sextet of players (including the composers, on computer sinewaves) perform the music expertly on harp, clavinet, piano, vibraphone and Rhodes piano. Very coincidentally, the emerging music thus closely resembles Music For Airports (the piano of Robert Wyatt) but even more so the re-made version by Bang On A Can All-Stars (which rescored the Eno piece for classical instrumentation), which was put out in 1998. Eno and Toral are not very far apart in intent; Toral himself regards this AER 7 as a “generative” composition whose structure manages to create some unpredictable results within its set of rules, and Eno’s interest in self-generating structures is well-known. (He may have taken it down an unexpected pathway when computers started to be involved, but on Music For Airports the generative structure is very analogue and hand-knitted.)

The results on Constellation In Still Time are a triumph; besides the calm unhurried pace and the near-spiritual meditational space created by these beautiful overlapping notes, what strikes me is the utter clarity of the sound. It may be due to digital recording, or the skill of the musicians involved, but the rendition of the music is just immaculate, almost too “clean” to be believable. I also like the utter simplicity of it; there’s nothing to hide, and everything is out in the open. You feel you could almost start to decode the structure at work here, so plain-spoken is Toral’s compositional style. At the same time, I feel it would be a mistake to characterise this as Classical Minimalism (in the mode of Reich, Young, Riley et al); for one thing Toral is too much of a romantic (this is almost a nocturne) and for another, he’s not bound in by his compositional rules, rather he is liberated by them. Each short musical phrase is like a little point of twinkling light, overlapping with other phrases to produce this gentle tapestry of generated melodies.

Toral himself calls this the most “quintessentially Ambient” (note the capital A) piece he has ever recorded. Very good. From 27th November 2019.