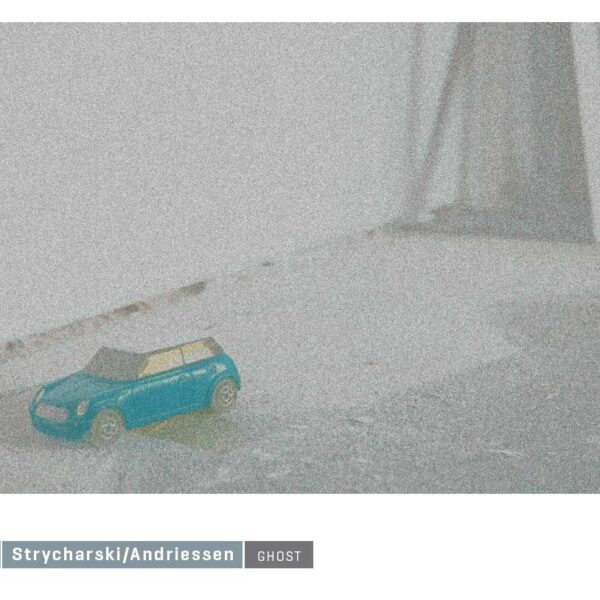 Very long overdue notice for Ghost (BÔLT RECORDS BR 1039), credited to Strycharski and Andriessen and which we’ve had languishing in the catchment zone since May 2017. I feared to approach what appeared to be a rather dry and foreboding piece of modernist classical music and shrunk from the sound of the recorder and piano music that’s on it. As it turns out Ghost is a very thoughtful programme of music, and the only problem here is me being too uneducated to grasp the entirety of the musical point that it makes.

Louis Andriessen is a major Dutch composer whose work I have never heard in any context (before writing this review, that is, which was written in January. I’ve since heard a number of his compositions and find his music compelling and beautiful, especially the piano works on Base played by Ralph van Raat). He composed ‘Melodie’ around 1972 to 1974, and it’s scored for an alto recorder with a piano. It has formerly been recorded by the recorder player Frans Bruggen, and indeed was written especially for him. Evidently the piece has made quite an impact on Dominik Strycharski, who performs the piece here to open the programme, and comments on it extensively in his notes. Strycharski is a contemporary Polish composer who so happens to be something of a master of the recorder, and has done music for theatre, free improvisation, jazz, and even a multi-media electronic-ambient project called Doministry. He explains something about the meaning of Andriessen’s ‘Melodie’, in a short essay whose full significance seems to require a knowledge of musical form and history which I lack, but I do grasp that the piece is quite unique; it seems there aren’t that many modern pieces for the recorder, but this one by Andriessen really stands out. It’s something to do with its “absolute simplicity”. That last part I do understand, and can vouch for based on what I hear on this crisp and plain-spoken 24:33 performance on the disc here. Strycharski plays the recorders, accompanied by Sebastian Zawadzki on piano. I wish I knew more about the musical language of it; Strycharski does, and believes there’s something important at stake. He sees the composition as nothing less than a farewell to the spirit of “community”, by which I suppose he means some shared understanding of the tenets of 20th century composition.

To continue this line of thought, Strycharski presents his own composition called ‘Harmonie’. Unlike the Andriessen piece, which is quite accessible without exactly being an easy listen, this ‘Harmonie’ is expressly designed to be difficult. Every moment contains a planned dissonance, executed with a kind of remorseless precision; the Polish composer is making specific points about harmony and microtones, and something else about compositional unity. It is deliberately scored as the exact negative of ‘Melodie’, in order to bring home these points. He’s aware that the delivery sounds mechanical and forced; it’s supposed to. Likewise, he knows it’s tiring (if not outright insufferable) for the listener. However, persevere through these 20:05 mins of modernist Hell; you may find you start to savour the sharp astringent tones which are guaranteed to make your teeth howl in protest and your ears recoil in horror. If you make it to the end, you’ll find a pleasing resolution in the last 90 seconds that makes it all worthwhile. Yes, despite all his high-flown talk, our Polish friend still can’t escape the tension-and-release form which continues to dog musical composition, but he makes a darned good effort trying. In between, the puzzling two-minute interlude ‘Ghost’ appears, much like a wraith in fact; even the composer himself can’t account for it very well with his opaque prose. From 2nd May 2017.