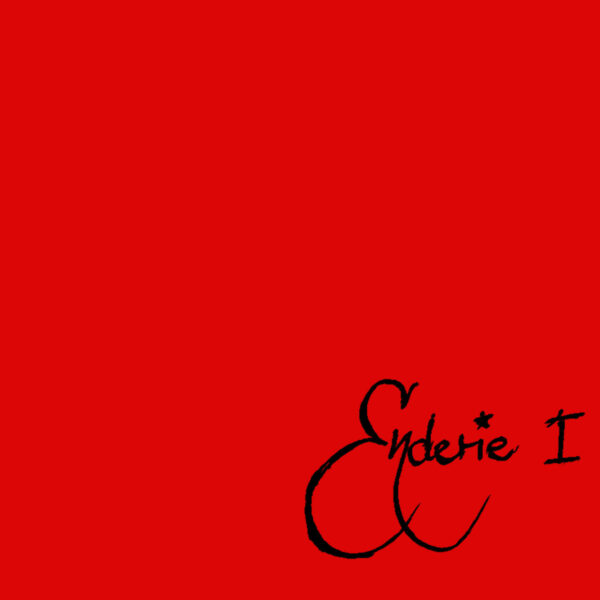 Another neglected item that has lingered too long in the chambers of the sea. This is a cassette release by Enderie called Tape 1 (A GUIDE TO SAINTS SNT017) and is released on that Room 40 subsidiary, A Guide To Saints. Fine uptempo beats, bass, dub and electronica spew with a vaguely futuristic theme, with references in the track titles to how all our brains will be controlled by computers one day. At least, that’s how I interpret a tune like ‘Let Systems Decide (A Laser Beam)’ and ‘Stopped Memory’, the latter a strong trope in this genre with its implied fears of microchip implants in the cerebellum. Enderie uses sampled voices and unsophisticated equipment to get that somewhat raw vibe, and every inch of the album is thick with texture and incident, completely free from those sterile clean lines you might get from any given Raster-Noton release in this vein.

Andrew McLellan is the creator; he also made a video to accompany the work, and makes use of everything he can see from his own window to create his critical visions. Far from being a sci-fi thing, as I wrongly supposed, Tape 1 is a highly contemporary pessimistic take on urban life, tower blocks, 9-to-5 jobs, that sort of thing; all of it amounting to a harsh and bleak view of modern anonymised and mechanised existence, where no-one is sure of their role in life or their direction of travel. This is a splendidly modern update on industrial music informed by avant-techno moves, and sure to appeal to all fans of Kevin Martin and Sidewinder. Not sure why or how this one got overlooked by us at the time. From 21 July 2017.