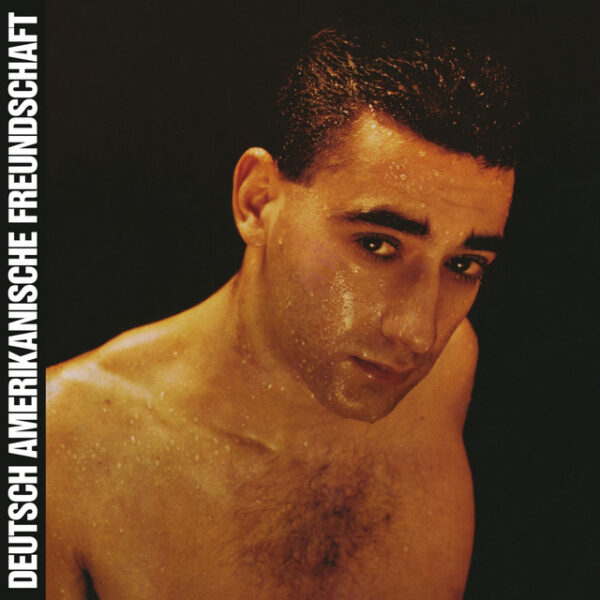 The news of the death of Kraftwerk man Florian Schneider back in early May (he died on 30 April 2020) reminded me of the passing of another significant German pop / rock musician back in March this year, which I should have mentioned here at TSP when I first heard of it. This was Gabi Delgado-López (died 22 March 2020) of the originally electro-punk band DAF (short for Deutsch Amerikanische Freundschaft, in English-language translation “German American Friendship”, intended as sarcasm) which for a time in the late 1970s / early 1980s was one of the leading bands of Die Neue Deutsche Welle (The German New Wave), a collective term for young upcoming West German bands influenced by punk and new wave music trends coming from Britain and the US. Born in Spain in 1958, Delgado migrated to Germany with his family as a child in the late 1960s and formed DAF in Düsseldorf in 1978 with four friends. By 1981, the band had slimmed down to Delgado and percussionist Robert Görl, and had changed labels from Mute Records to Virgin Records to release its third album “Alles ist Gut” (“Everything is Fine”), the first of three albums the duo would make for Virgin in the early 1980s before they split up in 1984. DAF would reform in 1986 and from then on would keep splitting and reforming, depending on how well Delgado and Görl were getting on with each other, and the duo’s music would become more and more dance-focused, moving into electronic body music, house and techno, but somehow after 1986 DAF just seemed a pale shadow of what it had been in its early 1980s glory days.

“Alles ist Gut” is highly minimalist electronic funk pop with strong beats and some industrial influences. Songs often reflect an interest in word play and lyrics that can have double meanings: on one level they are intensely sexual and on another level they reveal a fascination with, and criticism of, fascism and power. The uncompromising electronic minimalism with Görl’s heavy beats and bass and Delgado’s deep vocals, at once commanding and seductive, are apparent in opening track “Sato Sato” and quickly reach their zenith with “Der Mussolini”, DAF’s breakthrough hit and best known song, and still sounding as fresh and as daft (with the names of former fascist leaders like Benito Mussolini and Adolf Hitler as the latest dance crazes, to the approval of a bunch of whooping wide-eyed disco dolly birds in the background!) nearly 40 years later. The song’s hard-edged repetition combined with Delgado’s grunts and exhalations and the girls’ swooning never fail to weave a hypnotic spell around your head.

Subsequent songs deviate very little from the basic formula centred around hard-hitting heavy beats, a basic synthesiser melody and Delgado’s vocals, filled with sexual desire, heavy breathing, grunts and whisper. Each song brings a little variation on the formula that is different, whether it’s something that sounds like bird whistle on “Mein Herz Macht Bum” or a tinkling fairy-box melody on “Der Rauber und der Prinz”, which initially appears to be a fairy tale of sorts. Atmosphere appears on some tracks but is not exploited very much and the album overall has a clean and precise style. While the songs are good, they never quite reach the heady heights of “Der Mussolini” and a later track, “Verlier nicht den Kopf”, is even – dare I say? – a bit on the stodgy side!

Nearly 40 years after its release, this album still sounds edgy, crunchy in parts and darkly seductive, and its conflation of sexual power with fascist politics is as relevant now, maybe even more so, as it was in 1981 when political reaction against progressive politics and socialism was just beginning with the rise of Ronald Reagan in the US and Margaret Thatcher in the UK.