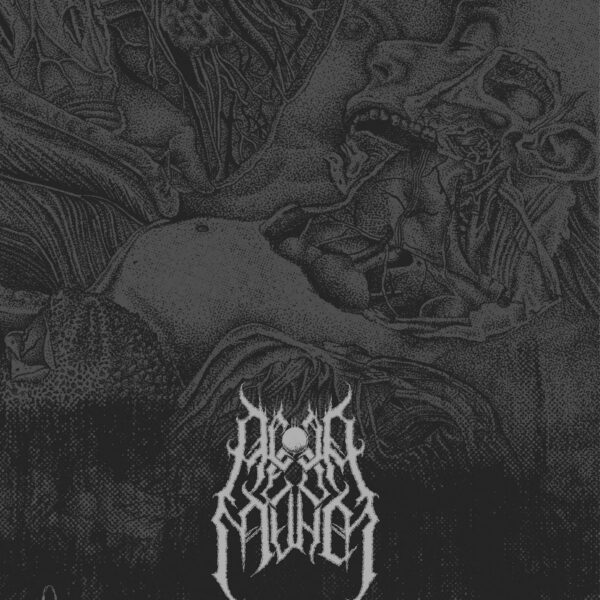 Paris-based five-piece band Acedia Mundi (the name is Ancient Greek / Latin for “lack of care for the world” or “disgust for the world”, in other words, indifference or apathy for the world, with the result being lack of action and allowing evil and corruption to take over) play brutal yet melodic BM with death metal influences and an emphasis on dissonant guitar chords that make the music especially dark, bewitching and sinister, very similar in sound to AM’s more famous French BM brethren Deathspell Omega. Like DSO’s music, AM’s music is very polished and technical if not quite so jazzy and dense. The band’s lyrics revolve around dark human psychology and mental / emotional suffering in particular.

For a debut recording, “Speculae Humanae …” sounds so professional and polished that listeners may find it hard to believe that AM hadn’t had any releases before that album, though its members boast long rap-sheets playing in other black and death metal bands. The music rockets along with loads of fire and shit-hot energy to spare, and while it’s full of hate, aggression and venom of the most corrosive sort, the twin vocals sure seem to have a lot of fun trading lyrics filled with bile. Guitars shred out riffs and melodies faster than birds can fly into and get chewed up by wind turbines, and what such riffs and melodies do get churned out are incredibly toe-tapping catchy, especially when powered by nuclear-fuelled flippy blast-beat percussion. The most outstanding aspect of AM’s style though must be its extreme savagery and the harsh, acidly abrasive tone of the music and the vocals together which would make even the most cold-blooded reptilian humanoid’s blood crawl and go all icy-cold gloopy.

The band earns shit-loads of brownie points for those horrific and disgusting throat-ripping, gut-bursting vocals and the industrial-style machine-gun drumming but what really puts icing on this particular cake (revolting as it is) is an eclectically choice selection of spoken-word samples from the band members’ favourite films like Harmony Korine’s “Gummo” (on the very first track), David Lynch’s “Lost Highway” and a couple of French flicks along with samples of Gregorian chanting on “The Sadist is the Saddest” and a song by 1920s French singer Yvonne George (outro track) that funnily enough sit well with the extreme brutality and darkness of the music. These fellows have good taste indeed!

The only downside with music this supremely chaotic, super-fast, savage and extreme is that the songs may not penetrate very far into the brain the first and second times they are played and so the album needs to be repeated quite a few times for wannabe fans to accept the band’s style and attitude and allow something of the music to make a deep impression, fast and crazy and out-there though it is. For all the apparent careening around, the music is actually very well composed and played: it takes great musicianship and timing for the band (it’s a five-piece) to jump around from riff to riff, melody to melody, as many times as they do in most songs at the speed they play. The guys worked hard to bring us the most extreme and deranged artistry and their enthusiasm and energy pour out of every moment of the album. The very least we can to do with a record like this is to just let it tear right through whatever fills the space between our ears.

I promise you, this album really is a one-of-a-kind experience and after listening to it, you will never ever be quite the same person you were before.