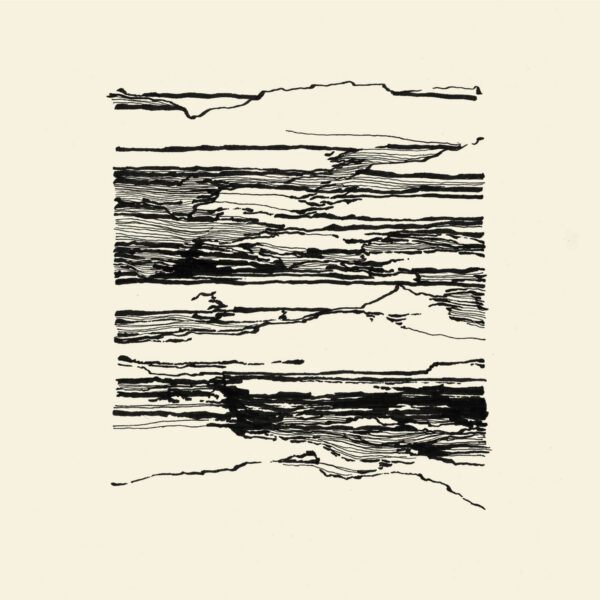 Originally from Sweden, Marja Ahti (born 1981) is a sound artist who has been based in Turku, in Finland, for over a decade performing in various projects including the duo Ahti & Ahti with partner Niko-Matti Ahti. “The Current Inside”, Marja Ahti’s second solo work after “Vegetal Negatives” 1 and also her second album for Hallow Ground, revolves around the theme of currents in the form of air, water and electricity. The focus is on sound as both form and energy on a loose linear narrative arc, implying that relations might exist between different sounds and the medium in which they travel and investigating what those relations may be, or not be. There could be an underlying interest in what currents might represent in different contexts: as forms of communication or transformation perhaps. Alternative and intuitive tunings, field recordings, the use of analog and digital synthesisers, electromagnetic fields converted to audio and other various sound sources are all grist for the mill under Ahti’s sonic scrutiny.

“The Altitudes” takes up the entire A-side of the LP and is a work that was originally commissioned by Ina GRM for Présences Électronique and Sonic Acts as part of Re-Imagine Europe. The inspiration for the piece is descriptions of the layers of Earth’s atmosphere. For the most part, this drone-dominated work is slow and unfolding, and by the nature of the developing narrative, it is much better in its later parts with more layers of sound – and more varied sound at that – than in earlier parts. Still, even the early part of the recording has a hypnotic effect, drawing listeners into an invisible world that we take for granted. There is a meditative quality to this pure-toned piece that draws out wonder and curiosity about the physical phenomena above and surrounding us.

The B-side consists of four, much shorter and perhaps more personally intimate pieces starting with “The Currents” which consists of a layer of whispery, fluttery noises later giving way to a series of pure-toned, sonorous sounds and crackles, all of which may comment on each other just through juxtaposition and contrast in volume and tone. While clean and pure in sound, this track does have a slight industrial feel. “Lost Lake” is based on acoustic close-up recordings of winter environments but is surprisingly bell-like and at times tinkly, though birdsong in the background can be heard clearly. Both these tracks can be very dramatic with huge contrasts between the volumes of various layers of tone and the still space itself. I’m not too impressed with “Fluctuating Streams” – the blaring sounds have a blaaah quality – but “Sundial”, despite its name, is much more active and intriguing, with creaky metal mutterings and clunking about going on beneath the drone and those annoying seagulls coming after my lunch scraps. Voices of children later in the track add to its mystery rather than provide some familiar sonic comfort.

A very intriguing work this turns out to be, with the very long A-side piece being highly immersive, filled with mystery (of which more is perhaps between my ears than actually on the recording itself) and in its own way uplifting.