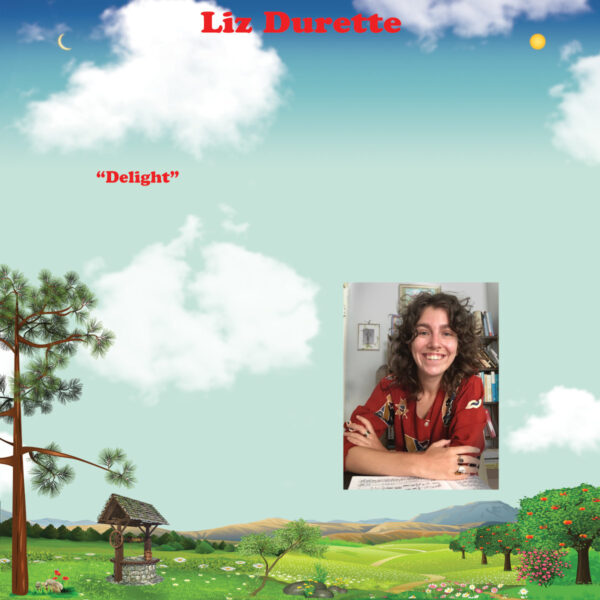 All-keyboard oddity from the Baltimore musician Liz Durette, who has made a couple of records of her piano improvisations for the marginal Ehse Records label, home to many lesser-known geniuses of the USA – scroll their Artists page for some fascinating visual evidence of this. Durette plays an electronic or digital polyphonic keyboard throughout on Delight (FEEDING TUBE RECORDS FTR504), with a slightly odd pre-set voice that, for a moment or two, could have appeared on any Residents LP when they first discovered Emulators and over-used them on their American composers series. She is influenced by jazz and one direct source of inspiration for this LP is the work of Carla Bley, who made some exceptional records of jazz composition in the 1970s and exhibited great keyboard prowess.

Oddly enough, Durette’s strategy has been to opt for the waltz time-signature, a metre not often heard on jazz records, and this imparts a vaguely old-fashioned European feeling to her quirky music. Indeed, the press notes liken it to fairground music going slightly mad, or an imaginary record for naughty children. Delight does have a certain charm and you won’t have heard anything quite like it, and Liz Durette is evidently an able player. She has a knack for pitch-bending now which causes the tune to come close to derailing itself now and again, which is all part of the package. At times, her need to improvise sometimes makes it hard to see the outline of the composition, as though she’s constantly deflecting us from the root chord. No wonder Byron Coley describes the record as something of a circular maze. From 8th December 2019.