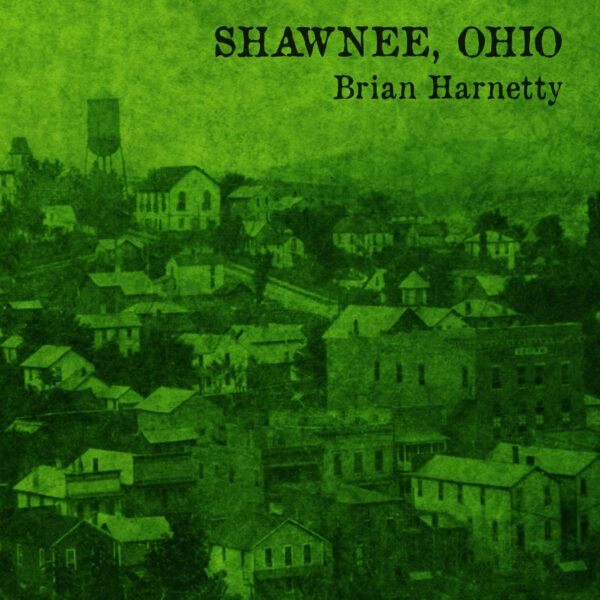 I have an old friend who is habitually eagle-eyed when he’s out and about. He fixes his gaze in a 180 degree sweep on the pavement in front of him as he walks, scanning for dropped and forgotten-about items. He mostly turns up accidentally dropped coins it has to be said, but sometimes other kinds of objects; notes, tobacco pouches – that kind of thing. Such is the acuteness of his peripheral vision that he misses nothing of interest. You’d be amazed by the frequency of his finds. I am anyway. This album by Brian Harnetty feels a bit like that; an expectant trawl of the ordinary – although the things he’s stumbled across are personal histories and rural stories rather than the odd pound coin – which turns up the occasional gem which Harnetty then quickly picks up, shoves in his pocket and scurries back to his studio to work into his latest piece. Brian Harnetty is an artist working with “…music composition, sound and socially engaged art” who makes the assertion that “…the simple act of listening – to people, places and their pasts – can transform our futures”. Furthermore, I gather that his work “…brings together sound archives, performance, ecology and place, and is focussed on local and regional issue of the Midwest and Appalachia”. I’ve not come across Harnetty’s work before; he has released three albums previous to Shawnee, Ohio one of which – 2009’s Silent City on Atavistic – was a collaboration with Bonnie “Prince” Billy. He has also worked with Fred Lonberg-Holm, The Books’ Paul de Jong and Anna Roberts-Gevalt. De Jong and Roberts-Gevalt both appear as part of Harnetty’s ensemble here on Shawnee, Ohio. But the most important people involved in this project are those individuals who contributed their personal histories and recollections…

Each piece is based around a oral history recording – in some cases modern, most are from as far back as the 1950s and recorded on contemporary machines with all the lovely sonic imperfections that implies – and is named after the person reminiscing or telling their story or in some cases singing a folk tune. Two of the pieces feature songs about a local murder; “Ina” and “Amanda”. On “Amanda”, at the beginning there is a nice, satisfying tape slowing down effect courtesy of the natural wonkiness of the source material. Amanda chats for a bit, and then we hear her rendition of “Terrill”; a murder ballad that details a local crime. It’s nice the way the music has been written to fit the recording but personally with this particular piece, I might have preferred to hear the singer in isolation, although that’s just something that occurred to me rather than a criticism. This interesting strategy of composing over existing recordings is used by Harnetty several times over the course of the album. Some material sheds light on what it was like to live in the 1840s; “Judd” says “my father never owned a foot of land in his life…my father worked in the mines…”, and “Neva” – recorded in 1953 – by now an old lady sings a song based around the old-fashioned phrase “your station will be changed after a while…” presumably one’s “station” in life?

Elsewhere, “Lucy” – accompanied by piano and clarinet – talks about the local mining industry and reminisces about playing the piano at safety meetings. Mining is and always has been a dangerous business and Lucy recalls The Millfield Mine disaster which occurred on November 5th 1930, at the Sunday Creek Coal Company Poston Mine Number 6 in Dover Township, Athens County, in the U.S. state of Ohio. It was the state’s worst mine disaster, killing 82 men. The after-effects of the explosion on the town are fleshed out by “Sigmund”, who states sadly; “its just the enormity of the thing…Immediately after the explosion it was chaos, as you can imagine” and “…when there was so many of it, it was chaos…everybody was numb for weeks…you look around…and almost every house was touched by death…” On “Jack” and “John”, Harnetty updates the same old “commercial interests over safety concerns” attitude of the authorities with a recording of a community group meeting discussing the modern scourge of fracking. “Jack” contains an updated folk song from the 1930s; the lyrics modified to reflect the modern threat. This gives the whole project a sense of urgency: Harnetty presents lessons from the past; urging us not to repeat past mistakes; a sense of sanity striving to overcome purely commercial interests; as you know…the same old story. However, there is also humour; “Boy” asks, amid banjos; “did you ever wash on a washboard? You did??” Incredulous, he asks: “did your dad work in the mornings? How much did he get a day? A dollar??!”

All through Shawnee, Ohio it sounds like the compositions are written around the voice recordings; everything hangs together so well. Hearing these voices telling about their experiences is more directly affecting that reading dry text in a history book or a droning narrator from the Smithsonian Channel. Although, sometimes the material does feels like a soundtrack to a film documentary, particularly on the beginning of “John”. It’s a fascinating glimpse into the past and at the same time a reminder that some things never change. More than just a document – a galvanising tool. Recommended.