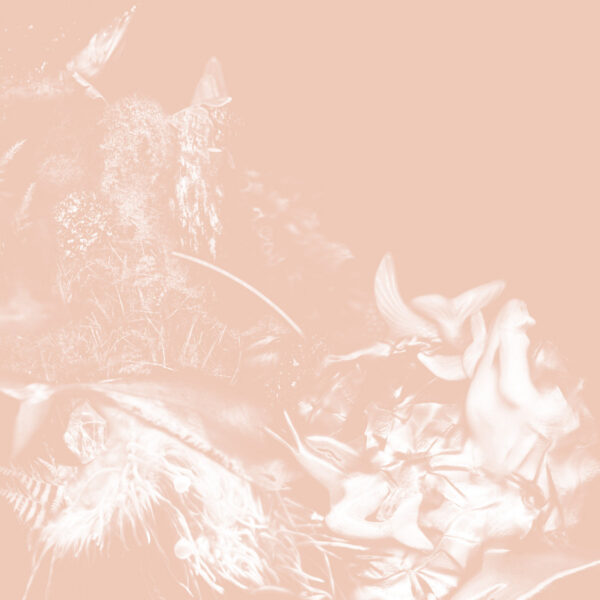 Based in Sydney, Alexandra Spence creates sound installations and experiences based on the use of everyday sounds and the practice of listening, and how the sounds we hear and how we listen (or not listen) help to shape our identities and determine our relationships and place in the physical and perhaps other worlds. Her work favours the use of field recordings, spoken word, analogue technologies and object manipulations. “Waking, She Heard The Fluttering” is Spence’s debut solo release, following an “extended period of time” (as she modestly puts it on her Bandcamp page) in 2018 working in the UK, where she was being mentored by British musician David Toop, and Europe.

This album is a very quiet and intimate work, suitable for meditation if listeners are so minded, with very clear and resonant sounds, snippets of recordings and samples, spoken (or whispered) word pieces, and environmental sounds such as birdsong and background television news. Even when the album might be at its most layered and dense, there is always clarity and a sense of calm, even remoteness perhaps, exists. There does seem to be a sense of a narrative of someone waking up or emerging from a cocoon for the first time – but that may be more suggested by the album and track titles, and the way the track titles are sequenced, not to mention also that I happen to be listening to this work during a period when the COVID-19 lockdown is slowly being relaxed where I am living (in Sydney, in May 2020).

While the album does have very interesting soundscapes, the title track seems unnecessarily long (15 minutes compared to other, much shorter pieces) and flimsy for its length, and the last track with its long drone could have been cut a bit shorter. The last thing you would want to do with an album of minimal improvised soundscape works with the theme it has is to put people back to sleep! Shorter pieces like “Bodies in Place”, “Bodyscan” and “A Shorter Crackle” are much more interesting, with a definite identity and (in “A Shorter Crackle”) even some atmosphere, and conveying wonder, even awe at the wide universe of sounds and noises. That’s something that I hope Spence will recapture on future recordings.