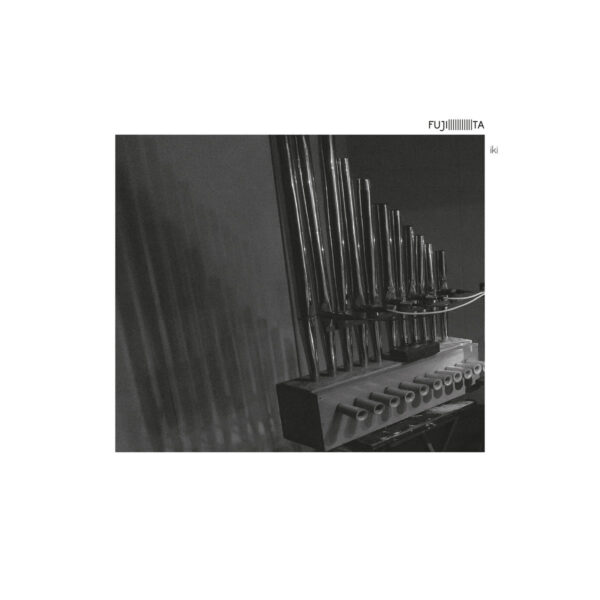 In English translation, the album’s name is “Breath” but this belies the stunning and complicated history behind the making of this recording. In 2009, Yosuke Fujita built a pipe organ with eleven pipes (explaining the alarming number of |’s in his project name) and an air pump with no keyboard. He then taught himself how to play this unique instrument with no manual or other guidance, and this album of four long droning works recorded in September – December 2019 is the culmination of a decade’s worth of love and labour.

The album strikes this listener’s ear more as a plain and even homely, intimate work, which may be what Fujita intends: the apparently mundane, down-to-earth approach to playing what is after all a home-made, one-of-a-kind instrument belies the rich, even emotional and profoundly meditative tones of the deceptively simple music. The first track “keshiki” is an outstanding example of apparently simple droning music – it’s a long sustained, sometimes wavering tone punctuated and given structure by the clicking of the air pump – revealing a range of feelings from longing to pensiveness to meditation once melodies are introduced into the drone. On “nNami”, again with the air pump providing the beat and rhythm, two out-of-tune pipes duel with each other with the result that a definite atmosphere of uncertainty, even hostility, aggression and conflict, is generated. Meanwhile that air pump trudges along, seemingly oblivious to the fighting going on between the two shrill drones.

“Osoi” (“slow”) is as lethargic as the air pump is allowed to go without collapsing while the pipes go off on their own tangent. The overall mood can be quite mournful and regretful in parts. Subtle changes in the sound of the clicking of the bellows seem to shift the mood to something more wistful. Here and there something seems to pull up, as if the journey being traced by the air pump has shifted in another direction. Something goes a bit wonky and the track is suddenly on the verge of collapsing altogether. “Sukima” comes to the rescue with barked notes over the air pump.

A sort of story-telling narrative in which the air pump and pipes lay a good cop / bad cop routine – the air pump being earthy, hard-working, patient and occasionally wheezing, the pipes somewhat more emotional with their heads (if they had any) in the clouds and needing to be grounded in reality – sometimes seems to be present throughout the four tracks. Certainly the air pump performs a very necessary function in structuring the drone with a beat and rhythm that also pace it. While perhaps “Osoi” could be trimmed a little for length without the changes in mood being affected much, the music as a whole does have quite a spellbinding effect despite its repetition and simplicity. Of the four tracks on offer, “keshiki” is the stand-out piece for its rich tones and astonishing emotional expressiveness; the other tracks are a bit more experimental, with all the risks of not always achieving what they set out to do to be expected.

This really is a remarkable achievement, to invent a unique musical instrument and then to discover and reveal its range of tonal and emotional expression. Even then I suspect that there is much more Yosuke Fujita may discover with his pipe organ.