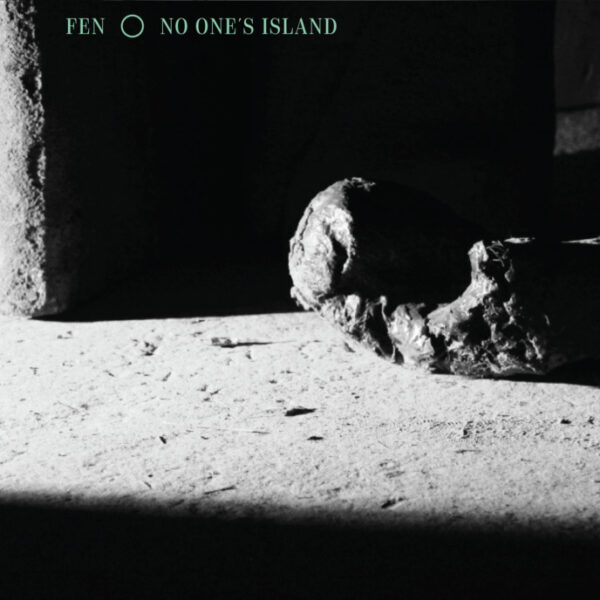 Unequivocal recommendation of the day for this one…much to my own dismay I never heard of FEN before this release, yet they’ve been around since 2008 and have made a number of records, most recently a live set from Geneva issued as Imagined Commonities for a Singapore label. The Far East Network is Otomo Yoshihide from Japan, the Korean Ryu Hankil, the Chinese player Yan Jun, and Yuen Chee Wai from Singapore. Otomo is a renowned big guy whose been at the centre of a lot of great musical upheaval and achievement – noise, free improvisation, turntabling, Onkyo, EAI, guitar playing, composition, soundtracks, and he’s one of my all-time favourite musicians for over 20 years now. Ryu Hankil featured on that superb double-disc set (from this same label) called Foreign Correspondents, another personal “strong like” in my wardrobe, and I have heard him on record with Nick Hoffmann, the American who has done much to showcase and champion cutting-edge improv from the Eastern zones. Tim Olive also does that, and he recently made a very good record with Yan Jun.

The sheer invention and boldness on offer here on No One’s Island (MIKROTON CD 86) is pretty phenomenal, to say nothing of the assurance, sensitivity and respect with which the foursome play together. It’s strong music, robust, noisy at times, and hearty in its solidity; it’s as though all this contemporary obsession with “minimalism” had never happened, and we’re finally seeing a viable way out of that overly-manicured, too-polite way of playing together. This may have something to do with the stance – if we can call it that – of the FEN players, who are informed by practical concerns as much as they are a shared aesthetic, and even allow a certain amount of ideology and political rhetoric into the arena. Despite the respect and accolades from the press and listeners, there still seem to be hurdles and obstacles in place preventing the free exchange of musical ideas in Asian climes, to do with history, culture, language and politics. The response of FEN has been to simply play together and make music, and find practical ways they can make this happen; one upshot of this is that the music is so important to them that they don’t discuss it, and abide by a private rule that forbids them to even talk about it (e.g. making plans, rehearsing, talking to journalists…all the things that tend to kill spontaneity stone dead). At the same time they want to evolve something purely Eastern in form and temperament, as a riposte to the European way (and by extension perhaps all contemporary Western music).

This all sits well with me. I’m totally prepared to believe that some modern music festivals, for instance, have grown into something that is far too chummy, too incestuous, with frequent permutations of the same names playing together in different combinations…and that the artistic life of the music is being throttled by sponsorship, advertising, merchandise, all forms of money. It could be that ego, the creator’s sense of their own self-worth, is another factor getting in the way, which isn’t to say that every European improviser is a self-regarding diva, but I find it telling that FEN claim that they “withdraw their ego from controlling and designing music.” Releasing control; that also sounds like a good idea, especially when the results are as exhilarating and fiery as on this record. Not only do FEN avoid rehearsals, they keep changing what they’re doing midway, without telling the others; any idea from the other players is considered to be valid, and accepted. The band Faust had to sweat blood to get to the same place, and even they needed lots of drugs and loud amplifiers to do it, and couldn’t sustain it for that long.

I did mention politics; No One’s Island attempts to express, in musical form and with track titles, some of the dilemmas that occupy the fine brains of these questing geniuses, and they’ve come to the very sensible conclusion that political systems simply don’t work; instead, they clog up our lives with too much unnecessary junk, complexity we don’t need, restricting our freedoms with bureaucracy. Three of the songs refer directly to the “Island” theme, most likely a metaphor for the desired self-reliant state they’re aiming to build in music; ‘Letting The Map Go’ is a poignant expression of relinquishing control, in order to gain that freedom; ‘Its Own Flag’ exposes the absurdity of country borders, while proclaiming the free FEN state and its autonomy. I prefer this juicy, very human expression of self-determination to the rather cerebral and absurdist “Kingdoms of Elgaland-Vargaland” game that was perpetrated by Leif Elggren and Carl Michael von Hausswolff, however subversive it may have been.

I realise I probably haven’t said much about the music on this CD so far, but it’s delicious; two guitars, electronics, and use of the max/msp software device; 2016 recordings, their first studio date ever; produced by Lasse Marhaug. It’s vital, exciting music that makes you feel something valuable is at stake, a sensation one that doesn’t come our way very often lately. Highest recommendation for this emotionally-charged, politically active scorcher of rousing improvised music that really blows the dust off the labels and gives the skeletons in the cupboard a good shaking. Released in October 2019.