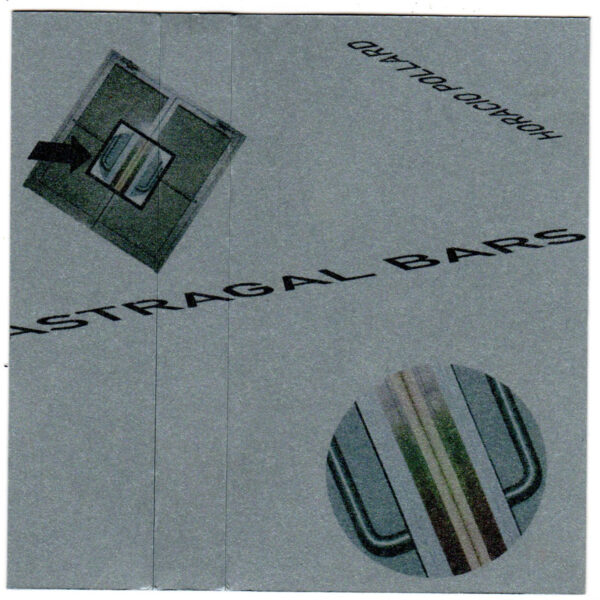 From Horacio Pollard, an old favourite of absurd and anarchic noise, we have another cassette tape Astragal Bars (NEIGH PERCENT MUSIC 31) arriving quite soon after the uncategorisable Quick Glaze P-Shaped, which we heard in November 2019. In some ways this item could be read as Quick Glaze part two, with the same restless jumble of beatboxes and cheap synths all spinning off into a frothy frenzy of untamed and impolite devilment, in a non-stop stream of cheerful nonsense where the creator evidently keeps changing his mind about what he’s playing as soon as he gets bored with it. Might not be as many edits this time; I seem to recall Quick Glaze was memorable for its patchwork-quilt approach of flinging together a large amount of unrelated material, while Astragal Bars almost feels a bit like a set of single solo performances, but probably isn’t.

Horacio Pollard used to be that shade more extreme with volume and obnoxiousness, but he still throws out an incredible amount of kinetic energy in this 2020 mode of his, doing things with keyboards and drum machines that probably should not be done. And yet there’s also a part of him that wants to project a nightmarish version of a sleazy nightclub act; despite all the unpleasant surfaces, there’s something cheap and cheesy lurking at the core of Astragal Bars, as if Horacio were organising his own alternative festival of bad Elvis impersonators, an event which takes place in total secrecy in a sweaty underground dive. Well, when I say Elvis impersonators, maybe I mean Alan Vega impersonators; and this tape represents an inverse madcap take on the entire recorded output of Suicide. Have fun, if you can get a copy, since only 20 hand-numbered items were made. From 31st December 2019.