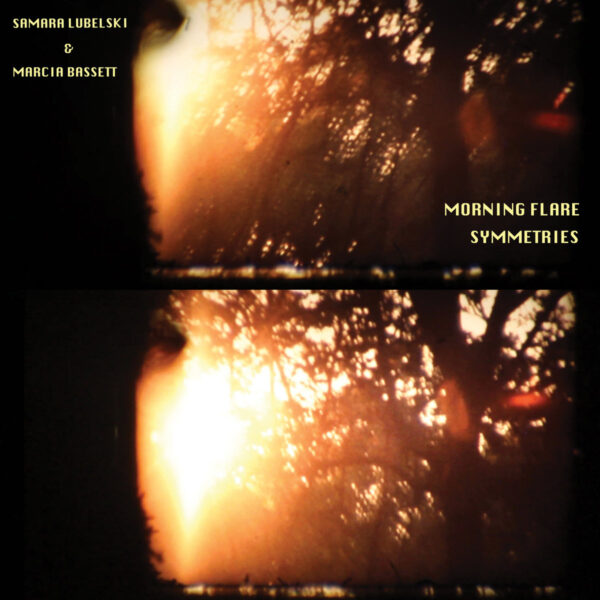 An amazing roller-coaster psychedelic drone / ambient / guitar feedback recording, this is the fourth release that Marcia Bassett and Samara Lubelski have put out as a duo, though they have been active in the US East Coast alternative music scene as solo artists and collaborators with other people. All tracks are fairly similar in their vast swooping expanse and deep atmospheres of drone wash and howling guitar feedback and scrabble. I get the impression this dynamic duo cut the music into separate tracks of unequal lengths where the music allowed for gaps or pauses just so listeners can change diapers, as some of this music is sure to have us crapping ourselves in sheer amazement at the range of sounds and atmospheres present here. The two musicians achieve all this working on guitar (Bassett) and string arrangements (Lubelski) with possibly some percussion on one track “Transparent Horizon Collapsing”.

Track titles suggest an over-arching theme of travel into the sun or to the farthest reaches of the universe and parts of the recording do have a sense of floating or expanding into infinite depths. The recording can be serene and tranquil at times but it can also be quite dark and forbidding in parts. In the earlier half of the recording the rushing mood is exhilarating and a sense of wonder can be gleaned; in the later half of the album the pace may be more relaxed and the music languid but there is also a sense of being lost, of being out of control and close to derangement, as though a space-ship has lost course and is wandering in deep space, and in the meantime its inhabitants are losing their minds from despair and lack of contact with an Earth that may no longer exist. Blaring, screeching guitar drone can be suffocating and even oppressive, and the loud volumes of sound can render the music a bit one-dimensional.

I find the earlier tracks are the most thrilling and exciting and later tracks not quite reaching the same level of enjoyment, just as perhaps the novelty of a journey into somewhere strange and unknown can wear off after time. At the same time, the later half of the album does reveal another, deeper dimension in which listeners might realise one’s own life or spiritual journey is the more important than zipping off into space.