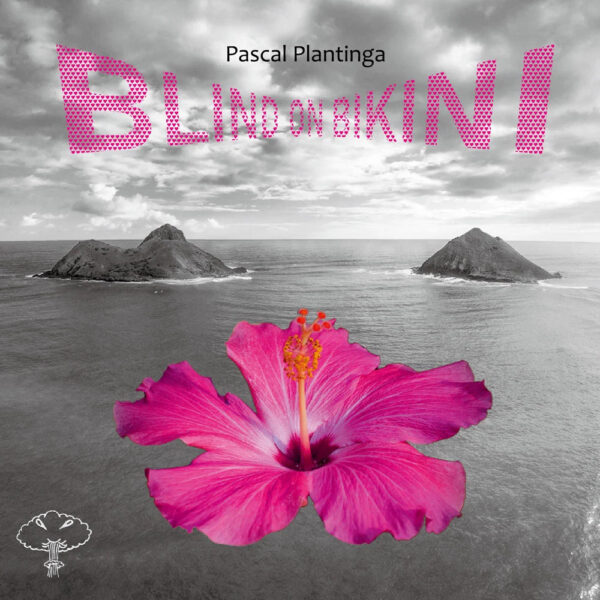 “Nothing grows in the shadow of heartache,” reads a handwritten note sent from from the creator of this intellectual pop-electronica album by Pascal Plantinga. This disc is a bit out of my line, but I can appreciate the craft and production skills that have fed into Blind On Bikini (ATA TAK WR 109 / SUEZAN STUDIO SSZ 3047), and respect the very singular vision of this Dutch singer and music producer.

It arrives with a pink and grey cover fairly redolent with flower symbolism, and the press notes describe it as “erotic grotesque soundscape pop”. Once I’d got past the rather samey surface sound, and the occasional dabble in autotune on the vocals (one studio effect which really grinds my gears, I fear), I found the 13 songs and tunes here delivered some poignant messages about life and love, albeit couched in rather verbose and self-regarding lyrics. I shall not say Plantinga is an outright narcissist ready to out-preen David Sylvian, but the songs here rarely venture outside the narrator’s own self-interest or private concerns, without really working hard enough to convince us listeners of the purpose or the value of his quest, his “tumultuous search for happiness”. The emotional content does filter through, but it’s several stages removed from us, stifled and cloaked by layers of irony and dry wit. There may be something in the tone of his singing voice that makes it difficult to connect; he doesn’t exactly invite empathy, with his faintly sardonic sneer and his defiant stance, almost as if he’s daring another woman to hurt his feelings again.

The production is superb, though; Plantinga plays bass and Vox organ to his own singing, and his main sideman appears to be the able Pyrolator (i.e. Kurt Dahle, seasoned player from Dusseldorf greats Der Plan) who is credited with “electronics”, but I suspect that’s his digital footprint we can hear all over the album. There’s also a horn and woodwind section playing to some pretty tight charts, although even their sound is absorbed into the plastic sheen of the production, and they’re not exactly delivering the authentic soulful punch of a sweaty Stax session team. A harsher critic could fault the songcraft – the melodic deficiency, the lack of hooks – but I like the brevity and concision, and the way that each pithy meditation on the tragedies of love and heartaches comes to a sudden stop, making way for the next such ditty. One is left a little unsatisfied every time, which in this context (the theme of unrequited love) seems to make perfect sense; I seem to be describing a tragic cafe in Vienna serving delicious pastries and sweets, only for the waiter to whisk them away instantly after allowing us only two bites.