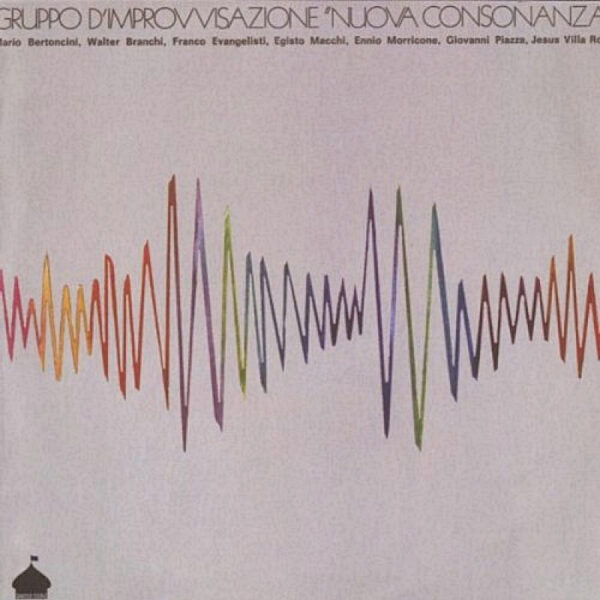 I’d like to add my paltry penny’s worth of acknowledgement to the great Italian composer / conductor / musician Ennio Morricone who died on 6 July 2020 at the age of 91 years after an astonishing and varied career in which he composed over 100 formal compositional works and over 400 scores for films in a wide range of genres, television series (mostly crime dramas) and advertising campaigns. Not much is known though by mainstream media and the general public about his work with the Italian free improvisation collective modestly known as Il Gruppo di Improvvisazione Nuova Consonanza, founded in Rome in 1964 by Franco Evangelisti and lasting up to January 1980 with Evangelisti’s death. The group drew on jazz, musique concrete, serialism, funk and other known avant-garde and mainstream techniques and genres to investigate and develop a new style of music through improvisation and exploring anti-music methods and systems such as noise and guitar feedback. While membership in the collective was never fixed and members came and went, Morricone stayed with the group during its entire existence.

GdINC released seven albums during its existence: “Nuova Consonanza” originally came out in 1975 on the Cinevox Records label and was reissued on CD in 2007 by Bella Casa. The four tracks on the album can be very challenging to listen to, as they eschew any resemblance to melody, rhythm or anything else that establishes a regular repeating pattern. They are however very spacious pieces and appear to play with sonic textures and mood. At once august yet adventurous and sometimes even playful, these tracks can seem quite complex and even mysterious. While first track “Settimino” comes across as very fragmented, the following piece “Eflot” has a more definite identity and mood, and is much more powerful, even very dark. Horns and trumpet (the latter being Morricone’s instrument when he played with the group) may be very prominent here. The ringing tones and echoes of the percussion give “Eflot” a very rich feel and atmosphere. “Soup” features some spooky passages of strange high-pitched whistle droning while other things go bump or rub against each other but otherwise isn’t a sinister piece at all. Closing track “Scratch” features flute (Morricone again) in a relatively chaotic and squawky, chattery melange of instruments all going off at tangents. The mood on the track can seem ambivalent at the very least and I find myself thinking that parts of the track could have been used by famed British film director Alfred Hitchcock if he had waited fourteen years to make “The Birds” as those sections sound a lot like birds attacking and fighting one another.

The production is very minimal so even though the works here can be confounding, they are very clear with a well-rounded bell-like tone. Probably listeners new to GdINC may take some time and a few repeated hearings to become accustomed to the noises and the approach taken. This is definitely not the most accessible of recording associated with Morricone but it, along with the other recordings made by GdINC, helps to illustrate how adventurous, versatile and wide-ranging his vision must have been.