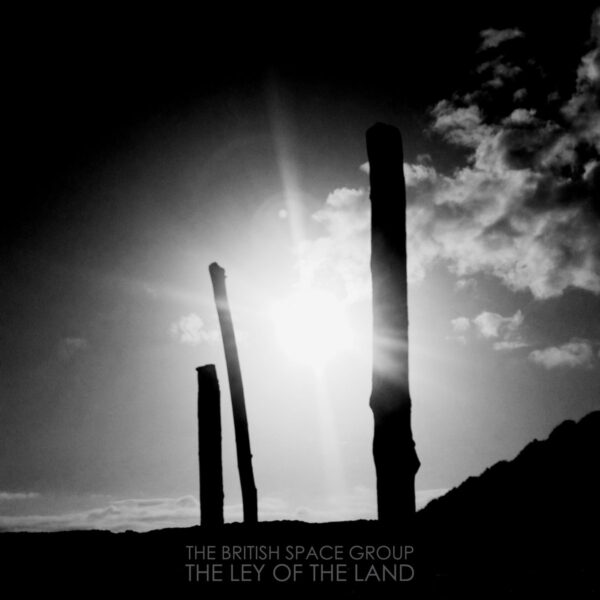 Always a pleasure to hear from Mr Ian Holloway of Swansea. I think he last graced our doorstop with a 2016 item under his alias The British Space Group, with the record The Phantasmagoria, making music which explicitly paid homage to the TV science fiction shows that enriched the younger days of many an English lad. The British Space Group are here again with The Ley Of The Land (WYRD BRITAIN WYRD1), with the first record released on Ian’s new Wyrd Britain imprint; astute readers will recognise this as the name of Ian’s blog of long standing, where he calls our attention to supernatural and sci-fi fiction that he enjoys, whether in the form of TV shows, forgotten movies, or paperbacks with lovingly creased covers.

Unlike some modernists who deny narrative in favour of the abstract, Ian is in love with story-telling; and it’s that passion that drives today’s record, as he seeks to tell tales about the English landscape filtered through an occult eyeglass. Undoubtedly the lore of ley lines, ancient stones, hill figures and monuments found in the English landscape will have fed into the glacial synth tones and languid drones that he realises here, but apart from the cover images he doesn’t feel the need to make these concerns any more explicit than that. His plan is ambiguous; he wants to create a “haunted moment” and give us a glimpse into an “enigmatic and uneasy” alternative world. Besides the layered drone, he does it with overdubs of mumbling voices where the words are indistinct and the purpose is uncertain, all in the name of suggesting a rich and highly-charged atmosphere. Probably without meaning to do so, he also evokes impressions of Terry Riley (Persian Surgery Dervishes) and Popol Vuh with his balmy chords and extended tones. He’s also not afraid to dub his work “hauntological”, using that somewhat contentious and misunderstood term.

The voices element is one of the strongest moments on the record, and it appears mysteriously without any real motivation, and disappears equally inexplicably without apparently affecting the direction of the piece. A good story needs a moment of change, and Holloway almost slips this moment under our perception with the elegance of a passing troupe of ghosts, insubstantial and transparent. He also manages a dramatic shift in mood for the conclusion of the piece, unafraid to disrupt the beautiful mood he has created with this sudden darkening, as of the approaching twilight. Overall I like it better than The Phantasmagoria, as it’s less concerned with trying to evoke the Radiophonic Workshop and other associated past glories, and concentrates on the things Ian Holloway does best. From 20th January 2020.