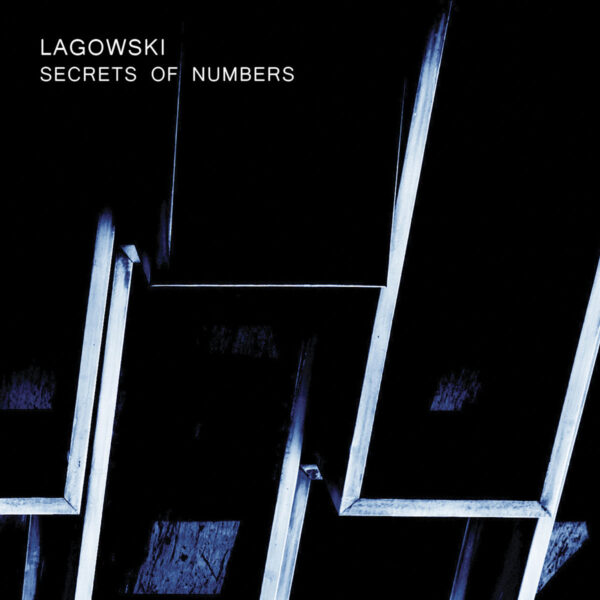 Since 1981 – 1982 when he first began recording electronic music, and co-founded experimental post-punk industrial noise band Nagamatzu, Andrew Lagowski has carved a niche for himself as a composer of electronics-based dark ambient / industrial / noise soundscapes under various projects including S.E.T.I. (still ongoing), Legion, Dr Fleischbrittel and Lagowski. Using Ableton Live and Reason 10 software, a Novation Circuit groovebox and various iPad apps, Lagowski put out this album, dedicated to his father who gave him a book on numerology, “Secrets of Numbers”, in early 2020. The relentless dicky machine beats and squiggle tones may very well hold the esoteric number-based guides and codes that will unlock the mysteries of the universe but you’ll have to drive yourself to the edge of insanity playing the beats-driven techno over and over to find those algorithmic keys. Po-faced whippy rhythm loops, brittle little tones that have the sharp power of a thousand paper cuts and other noises that initially seem soft but unexpectedly turn out to have the force of an iron fist in a very velvety glove assail your ears and punch their way into your head.

The music on all the tracks can be very subtle but does not change or vary a great deal and so most tracks end up sounding little more than extended rhythm texture layers going on and on forever. An exception is “Huhu 5” where the rhythm is much more melodic than it is on other tracks, and is embellished by tones and effects that engage in lively conversation before passing on the next lot of sounds. About the halfway point, some genuinely atmospheric soundtrack-style tracks appear: one of them, “CreepOhmski”, has a horror-movie feel with sinister ghost-voice wash running through the track amid shrill background synth rain and sharp beats. Later tracks seem to have a harder sound, in the manner of infernal business machines spewing never-ending reams and reams of Morse-code dots or tattooing gadgets etching elaborate designs on … I seem to have landed in a unique part of Hell that years of hearing wild demonic or darkly depressive music haven’t actually prepared me for.

The album probably could have had at least a few moments shaved off most tracks and still have made its point with sometimes quite dark and mysterious soundscape music. The better tracks turn out to be those that feature treated or distorted voice (“CreepOhmski”, “Birth”) or have something of the nature of mini-film soundtracks. I confess to being a bit disappointed with this album which, though featuring music made and produced on current digital software, ends up sounding as though 1980s techno had never ended.