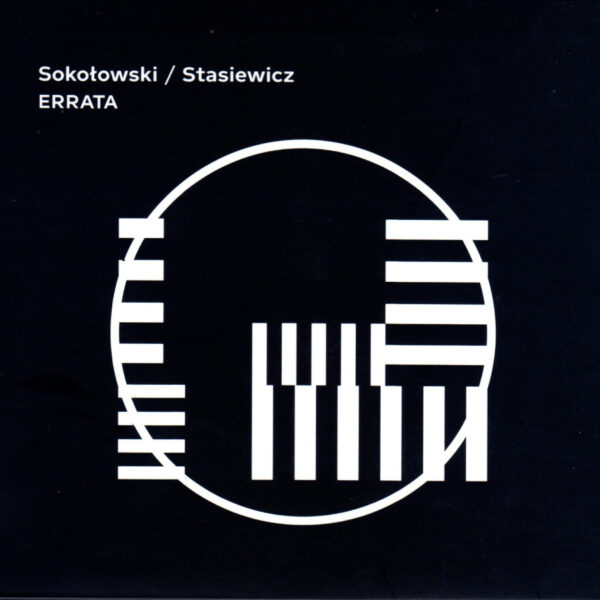 Three not-unrelated sets from the Polish Bô?t Records label, revealing hitherto little-known portions of musical history from that part of the world. 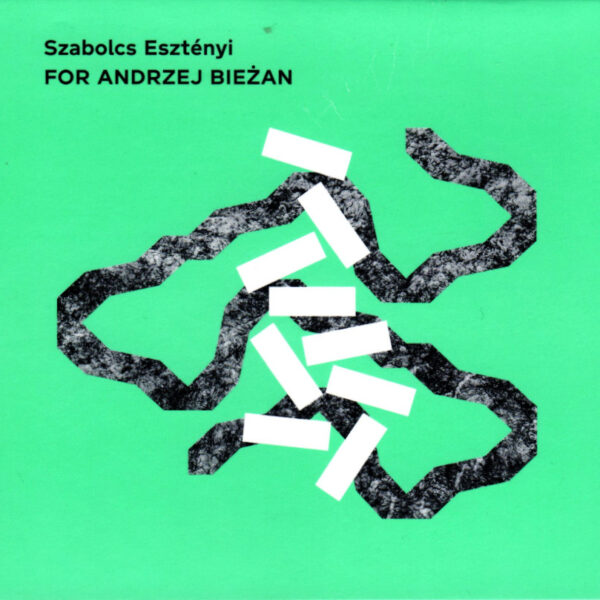 The record For Andrzej Bie?an (BÔ?T RECORDS BR 1060), credited to Szabolcs Esztényi, brings together the talents of a number of Polish musicians we’ve never heard of, and the contextual setting for everything is a little bit convoluted. Andrzej Bie?an was a Polish composer who died in 1983; the record presents three compositions (mostly undated) by him, and one that isn’t. It seems, from the liner notes here by Boleslaw Blaszczyk, that Andrzej Bie?an had a tremendous facility with music from an early age; he worked his way through popular music when quite young, and soon exhibited a flair for improvisation. Indeed he’s regarded as a “visionary of Polish improvised music”. But what we hear on this record is three notated works, performed on the concert piano by Szabolcs Esztényi: ‘Cathedral’, ‘Variations’, and ‘Untitled’. They are all a bit odd. With ‘Cathedral’, for instance, the work starts out notated in the conventional sense, then gradually gets more bonkers – there are symbols instead of minims and crotchets, then prose instructions. The prose parts are in fact quite surreal and poetic, and we’re invited to see them as lines from a radio drama.

Esztényi deserves some kind of medal for grappling with this eccentric score; what emerges is not exactly full of spontaneity and warmth, but the perplexing dynamics and odd start-stop passages are very intriguing. The ‘Variations’ is slightly more approachable in its general consistency; we’re told it exhibits some influences from jazz, or at least Bie?an’s idea of it – “sophisticated harmonies” and “periods of syncopation” are the keywords here. The three-minute ‘Untitled’ which closes the album is a slightly modulated waltz tune which keeps you second-guessing; it sounds like a familiar show tune, but gently keeps wrong-footing the listener with its pre-planned twists. This leaves us with the opening cut, ‘Creative Music’, co-composed by Szabolcs Esztényi and intended as an explicit homage to Andrzej Bie?an. The other musician here is Jakub Soko?owski, who plays piano and supplies electronics – in this case, unusual samples, sound effects, and non-specific noise. Esztényi is Hungarian-Polish, also an improviser, and he first performed this piece in 1987 – one of many in a series which were sound portraits of his musician friends. This version brings in the younger player Soko?owski, who seems to have taken well to the unusual score. Like ‘Cathedral’, barely a musical note to be read – instead, images and words intended to trigger associations and make suggestions and prompts for the players. It’s well-known that Stockhausen tried out this method in Germany in the 1960s with his Aus Den Sieben Tagen experiments, but this bit of musical history is not referenced in the notes.

This ‘Creative Music’ is certainly one of the more engaging pieces on the record, and some of the electronic sounds are nice, though it’s likewise perplexing in its near-absurd trajectory, and frustrating in the way that ideas don’t really seem to develop over the course of 14;24 mins, just remain as a basket of little fragments of ideas. The label did another showcase for this composer in 2014, titled Polygamy and part of the Polish Radio Experimental Studio series. 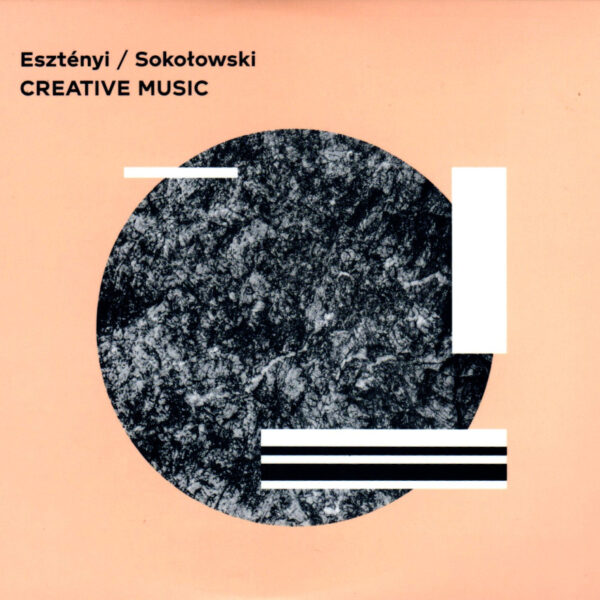 That Esztényi / Soko?owski partnership continues on Creative Music (BR 1058), a double-disc set, and all played on pianos. There are in fact just three works on here, but they are played twice over so we can enjoy each musician’s interpretation of these “open and semi-improvised pieces”. At least one of them – ‘Creative Music No 3’ – seems to continue the series of “tributes to my musical mates” alluded to above, and is subtitled ‘In Memoriam Tomasz Sikorski’. As an index of how it’s possible to interpret these open scores, one could do worse than start with that piece – as played by the composer it’s just shy of eleven minutes, but the youngster Soko?owski turns in an epic 38-minute version. I lack the musicology skills to do a proper comparative assessment here, but to my lumpen ears the differences are fairly clear: Esztényi is terse and concise, almost hammering out the statement with the impatience of a high court judge, whereas Soko?owski wants to be incredibly discursive, lingering over certain arpeggios that he likes, and swimming along in a flowing river of music. When he reaches the changes, eventually, the dynamics are incredibly dramatic – he’s especially good with rattling those lower-register notes.

So far, I hope I’m not reducing the work to a matter of schematics, but if I am then I take a cue from Soko?owski’s notes. He stresses the formal structure of each composition, and tends to see the project as an opportunity to draw on a large library of improvisational techniques – all of which happen to have been invented by Esztényi. Evidently there’s been a significant culture of extended playing unfolding in his laboratory for some time now. With this in mind I can’t help reading ‘Creative Music No 4’ as little more than a catalogue of methods, which are fascinating in themselves, but don’t seem to embody a strong musical narrative. This is in spite of the fact that it’s the one that is most clearly “about” something, telling the tale of the Hungarian Uprising through his own experiences of leaving his homeland. Even so I liked the cloud-cluster shapes on the Esztényi version, used I suppose to invoke political unrest; Soko?owski doesn’t generate any of these, but there’s plenty of tension in his stark, percussive version. This leaves us with ‘ENIGMA? Creative Music’, which according to Soko?owski’s formal analysis, is built from the melodies of two opposing tunes, and draws on early music and traditional Polish hymns as its sources. I like the idea that this results in “two superimposed circles”, but I can’t make them out; Esztényi plays it like a riddle with no answer, or a chess game that ends in stalemate. At least he behaves as if he knows the answer, and plays with assurance; Soko?owski lacks the keys to the riddle, and just sounds bewildered as he pecks away, trying to sound cryptic and mysterious.

The last item in our set of high modernism is called Errata (BR 1059), and this one showcases the compositions of Jakub Soko?owski and Pawe? Stasiewicz. I found this the most approachable of today’s trio of records. There are no notes to digest, the record is short (36:23), and it’s much easier for the ears to find a way in. Maybe because this more resembles “acoustic noise” than classical composition; the duo play piano, inner piano, and objects, so one has to assume they are getting into some serious string-rubbing, plucking, and other naughty actions as they climb bodily inside the frames of their Bechsteins. As far as composition goes, much of this astringent music seems to tilt towards the improvisational side of things; I’ve already remarked on a tendency of Soko?owski to be quite discursive on occasion, and that’s a real virtue for these Errata pieces. I mean they just keep going at it, worrying away at the music like a rat chewing on gilded splinters. This strategy is most effective on the first cut, when after a shaky start the pair of lads get into their scrapey and plucky work like demons possessed, and there’s a hideous sense of urgency going down.

The second piece has that same drastic feel, but here the action feels more like a glissando thing, as though they imagine they’re playing harps – or trying to loosen a harp from the inside of a piano where it’s somehow been embedded. Alien barks are one tasty result of this. For the third piece ‘AT’ – did I mention each title is a parsed segment of the word ERRATA? – we’re getting more of a miniature electric drill thing going, so perhaps they use the old trick of rubbing tiny motors on the strings. They spoil the purity of the concept at this point by adding “real” piano playing, but the chords are melancholy and the melodies are cramped, thus sustaining the mood. The closing piece ‘TA’ is quite the epic – has a near-cinematic grandeur somehow, perhaps through simple expedient of attacking bass strings until they produce the sound of a traffic jam in Rome in 1964, replete with pneumatic drills. This one simply contrasts pure noise with very romantic piano fugues, and for some reason reminds me of recent records by Idea Fire Company. While I’ve been grateful to learn about the twin enigmas of Andrzej Bie?an and Szabolcs Esztényi, this all-black racket of a record has won the day for me.