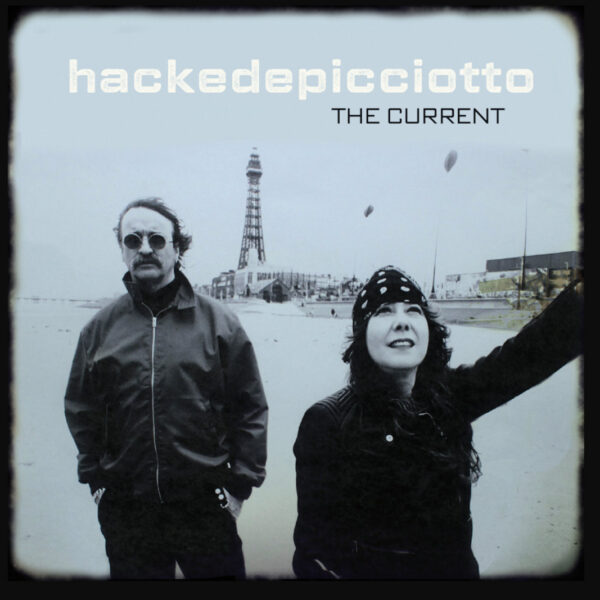 Another day, another instalment in the nomadic culture trek of the Hackedepicciotto duo of Neubaten four-stringer Alexander Hacke and multi-instrumentalist Danielle de Picciotto (ex Ocean Club a.o.), So far, their three-album back catalogue has detailed their immersion in disparate climes and cultures. Now, with their wanderlust entering its tenth year since vacating Berlin, their latest temporary base has turned out to be Lancashire’s premier holiday hotspot and major drain on the national grid: Blackpool (pop. 139,300). A musical stamping ground for the Membranes and Factory Records obscurities Tunnel Vision, if memory serves. Curiously enough, John “Death to Trad Rock” Robb, leader of the former outfit, not averse to a bit of Neubatenized metal-bashing in the early eighties, does make an appearance here, but more on that anon.

The duo’s restlessness is not only confined to racking up a trail of forwarding addresses as it seems their artistic endeavours have undergone another subtle shift in mood, set next to Menetekel, their previous venture from 2017. Its downturned / forlorn melodicism has almost been bulk-erased in pursuit of more rhythmic / widescreen elements, even though their signature instrumentation of the olde world and the contemporary remains intacto. The primitive drum tattoos on ‘The Seventh Day’ and the swooping violin lines and folk-referenced harmonies of ‘Onwards’ perfectly underline their M.O. at this particular time.

As with ‘Jericho’ and ‘Pilgrim’, two of Menetekel‘s stand-out tracks, there’s still a definite biblically-referenced thread running through the warp and weft. A “woe to ye! Mend your ways humankind!” message (cue the thunderclap machine) that seems to strike more of a major chord in these days of “The High Strangeness”. And talking of reappearances, there’s also another brief showing of Alex’s sinister Tuvan throat-singing on the title track, while the unfortunately-monikered ‘Metal Hell’ (far too redolent of Kerrang and denim patches) is inexorably linked to a time in Neubaten’s past when certain Berlin scrapyards were plunderered of their choicest booty overnight. ‘The Black Pool’ closes the set with John Robb, Gil de Ray, and novelist Kirsty Allison chin-stroking over various minus points of 21st c. living, that comes encircled by a memseric pseudo-orchestral presence.

And finally, looking at that “selfied” photo portrait, I can’t help thinking that if anyone looks like they’ve been unfairly denied the pleasure of candyfloss and a ride on the “wild mouse”… it’s Alex. “Danielle!! Pack the cases and power up the dormobile…we’re leaving!!”