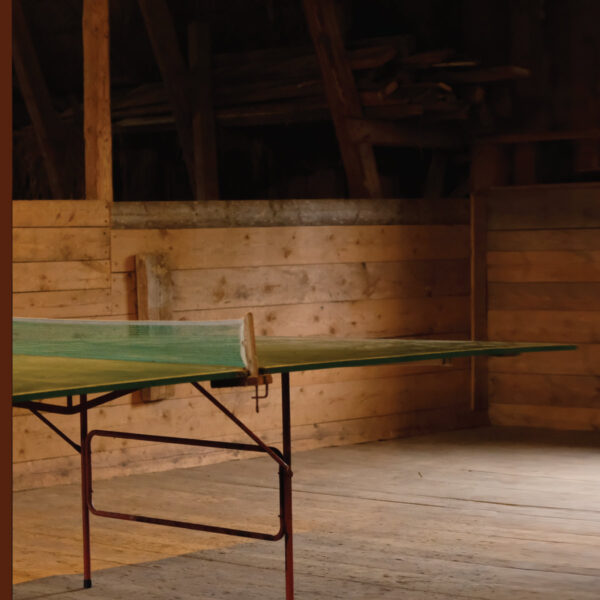 Latest item from John Chantler continues his trend for “not putting foot wrong” in the world of improvisation and performance, as he teams up with the Danish sax blower Johannes Lund to produce the album Andersabo (JOHS & JOHN 1), a set of wild and surprising noise. Chantler is credited with his usual synth playing but also the pump organ, and with these three location recordings made at a house in the Swedish countryside in 2019, it’s often hard to believe that just two human bodies are involved.

Indeed, the sense I had from the startling opening cut ‘Back Of The House’ is one of intense friction, as of men rubbing sticks together to make fire, then rubbing bodies together, and finally causing a conflagration that’s about the set the entire world ablaze. A dense carpet of gibbering sax-work for 14:14 mins against a somewhat alarming drone-clanking-metallo grate from Chantler’s box of horrors. Comes close to the vast scapes of noise proposed by Ulrich Krieger, although he gets there by feedback methods, and this one is all frantic gestural performance. Unexpectedly, the next cut – ‘Open Field & Forest’ – gives us a breathing space to reclaim our hats, and issues 5 mins of a balming drone which might be creeping out from Chantler’s organ. But what are those hideous barks and scrapes at the tail end of this piece? The promise of relief is soon traduced by the appearance of this growly monster, and everything else goes quiet.

At this point I’m beginning to sense something about the house in Andersabo where they recorded this (it might be a nice photo of same inside the gatefold cover) and though there’s very little factual information on offer, there might be field recordings involved and attempts made to integrate the music with this specific environment, or vice versa…where walls and objects can become players in some hideous dance…I’m now at final track ‘Under Barn Floor’ which again may feel like a nice place to be, but can’t shake off sinister caste to the chillingly-beautiful and very “present” drones and blows now seeping around us like so much liquid hydrogen. Has a rather stark clarity and doesn’t necessarily allow the listener to slip into a state of dreamlike blissington. Apparently on this long cut – takes up all of side two, if you get it on vinyl – insects appear at some point, along with other incidents disturbing the flow of the music.

While I am tending to read this excellent record as a statement with somewhat foreboding undertones, in fact it might be the document of a very centred moment shared by these two humans, dovetailing their existence into their surroundings through music, achieving a strong sense of “there-ness”. Very good. Vinyl and CD editions available. From 31 January 2020.