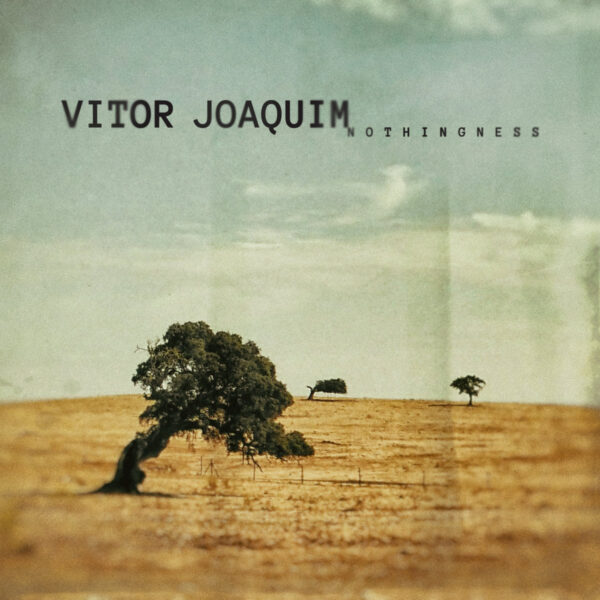 Portuguese composer Vitor Joaquim continues the theme he started with Impermanence from 2018, a release that was unusually packaged as a USB stick or a Visacard. The latest instalment is Nothingness (NO LABEL), a record which he describes a “dive into the issues of interiority and the transformation and renewal of the world around us”. Right off I must say I’m enjoying it a lot more than the rather unremarkable electronica of Impermanence, and found this item with its stirring wind-swept trees on the plain cover quite a compelling set of inward-looking sounds and abstract journeys within.

Some navel-gazing projects tend to lose their way as the artiste unknowingly peels one too many layers off his own private onion, but this one has an inner core of something that rings true. Joaquim isn’t concerned with finding out about himself, as he is with making poignant observations about the transience of everything. “Nothing seems to resist the passage of time,” is his sage observation about this, and though it’s led him to write some rather anodyne circular pseudo-philosophical comments on his press release, it has also enabled him to devise one strong metaphor: “this album is like a boat stranded in time.” The music / sound is all produced with keyboards, electronics, voices, and guitars, and I’m delighted at some level to read that he even credits himself with “hiss, humming and crackling”. The day cannot be far away when these elements – once regarded as unwanted by-products of distortion or faulty equipment – are built in as presets at the factory on every new synth.

These seven tracks seem to extend for long distances without growing massively boring, and convey a sense of continual rushing forward – perhaps the unwanted passage of time, as Vitor would have it – which is mainly done through a sort of evocative shimmer effect. No sound is admitted unless it first passes through this filtering device, which causes it to wobble and tremor like a whole river of lime gelatin. On top of this basic non-standard drone, Joaquim adds his dots of glitch and non-specific burrs, and makes sparing use of sampled voices. When used, these are all the more effective for being vari-speeded a pitch or two lower than normal – an old trick for sure, but it conveys the impressions of old age, of suspended animation, of a man from the past trying to speak to the present. Information, such as it is, is drip-fed to us across the whole album; it comes in fits and starts, dribs and drabs, and more often than not we only catch 23% of the content. The record feels like a canvas that’s been hung out in the wind and blown for days, resulting in a smeared and blurred vision. Excellent. From 31 January 2020.