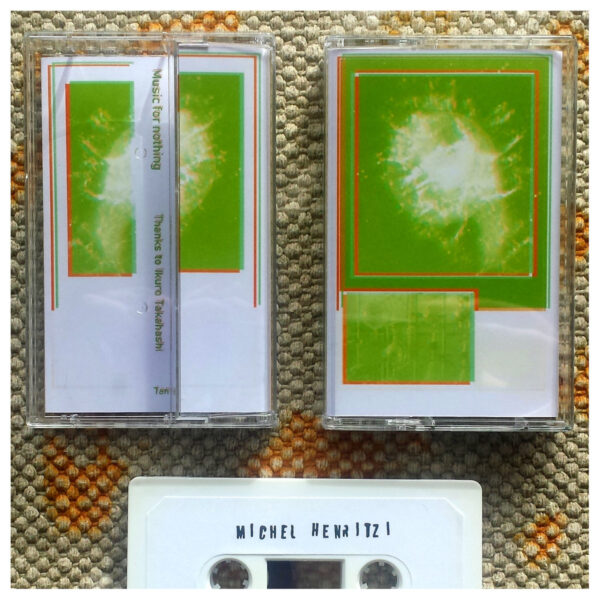 Got a couple of recent Michel Henritzi items from November 2019. The cassette tape Music For Nothing (TANZPROCESS tzpCS64) is a solo recording made in 2019 in Japan by Michel with his typical lapsteel guitar. I like the single-minded drive of this one, the main “thrust” of Side A comprising a rattling strum effect played in a minor key which conveys the notion of being carried on a death-cart of some sort, a rackety old carriage pulled by a bony horse and driven by a skeleton. Somehow, he proceeds to add noise and feedback squawl to the performance, turning it into an alarming and crucial performance to rank with anything Haino has blasted out. 13:29 thrilling mins of abrasive rockabilly avant-scuzz. On the B side, the strumming technique is replaced by a wild slide-action gesture that makes the strings scream out in a truly wobbly fashion, and it’s not long before Mister H warms up to the task and starts leading the python down a particularly noisy pathway. Minor key dominates again; his strings must be permanently tuned to A Minor. 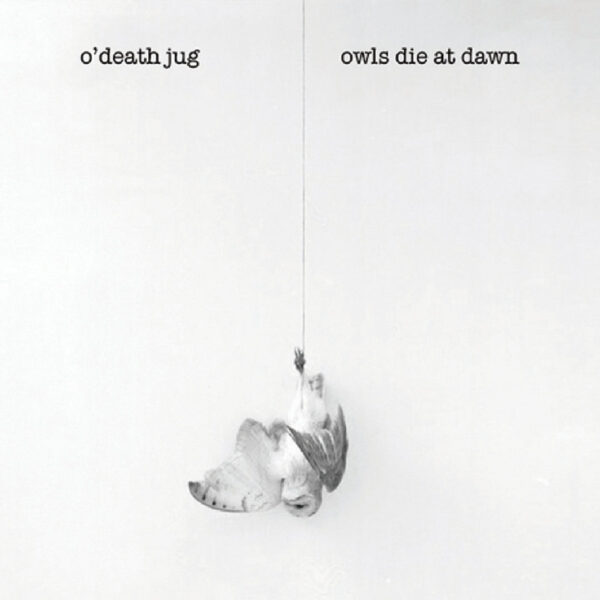 O’Death Jug is Henritzi’s duo thing, which he does with the guitarist Christophe Langlade, last heard by us with their 2015 Dusted album. Like that release, Owls Die At Dawn (DYIN’ GHOST RECORDS) is filled with forlorn images of ghost towns and deserted zones, invoked by titles such as ‘Rusted Railways’ and ‘Desolated Landscape’. It’s also invoked by the dismally depressing music, every minor-key instrumental ballad played with a heartbreaking solace and proceeding at a deathly slow rate. Only the recording production, with its reverb and echo applications, serves to add any “juice” to these sad solitary explorations of existential loneliness and despair.