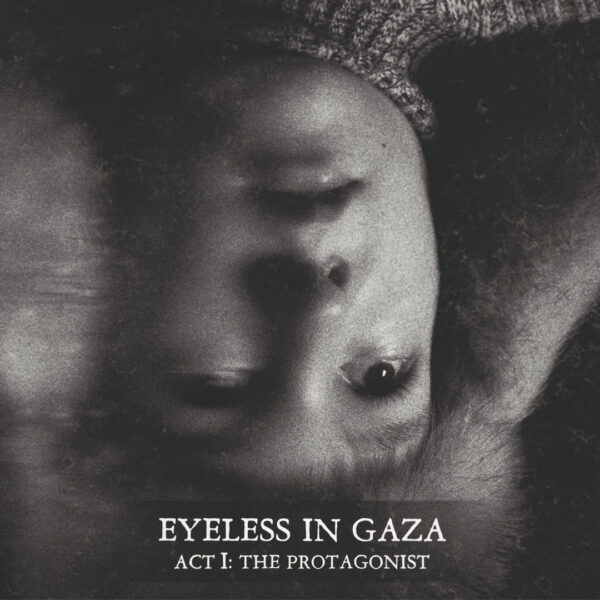 I must admit I had to rub my eyes too seeing this Armenian one-man doom metal project on Bandcamp and mistaking it for the venerable English post-punk experimental rock / pop duo who are still active and still releasing new work. “Act I: The Protagonist” is the debut album from multi-instrumentalist / vocalist Franklin Avetisyan’s solo project which incorporates elements of ambient, death metal and atmospheric black metal in a style of doom to explore themes of alienation, death and the notion of destruction as a path to creation and new beginnings. Each track represents a stage of human experience where life is revealed as lacking in meaning and purpose, and the dominant mood is one of regret for lost opportunities and connection to others long gone.

The title track is the dominant piece, running for nearly half the album’s total playing time and ranges across classical flamenco-like acoustic guitar, sombre epic funereal orchestral doom and blackened death doom, complete with rasping black metal and clean-toned vocals. The guitars feature highly corrosive acid strings that drip enough poisoned chords to burn holes through the floor; it’s probably just as well they’re used sparingly as one of many sonic layers to express the pain and the burden of existence, and the guilt and regret that arise as a result. Cleaner guitars add a dark blues mood to the powerful BM doom combination. While sorrow is predominant throughout, the track’s slow pacing does make it very monotonous and it poses a real endurance test for listeners who might be expecting more variety in the music and the range of emotions and feelings about life and its meaning in the 20-minute running time.

“Maelstrom”, the album’s second track, is another lengthy piece with some very beautiful moments of quiet, dark and fragile ambience that at any time can erupt into savage and biting blackened doom and the most venomous, spitting BM vocals. The best moment on this song though comes halfway through with weeping acoustic guitar melodies in a bleak, dark space with soft percussion and humming synth for company. Angry vocals, howling lead guitar soloing and more tearful acoustic guitar finger-picking help to turn this song into the most varied track on the entire recording.

The remaining tracks “Mournful Unconcern” and “Madrigal” are instrumental ambient / epic BM doom  or classical guitar pieces and feature some genuinely ominous and eerie atmospheres in a universe where darkness has a million different shades and at any moment each shade can morph from clear and cold into rage, sorrow, regret or anguish (and sometimes all four emotions at once).

That a major new and ambitious talent in the funereal doom scene has arrived in this solo project is undeniable but the album is stretched quite thin over the length of the first two tracks. The first track especially comes across as a lumbering one-trick pony that could have been edited down to half its length without losing its impact. At times the music does feel as if it’s hit an invisible ceiling and can’t break through to a deeper exploration of its themes; I put this down to Avetisyan’s youth and his relative lack of life experience in dealing with his subject matter. His ambition, skill as a musician and (most of all) bravery and intelligence in tackling issues that may be deeply personal and challenging are assets that will serve him well on future recordings under the Eyeless In Gaza name or future projects he may have.