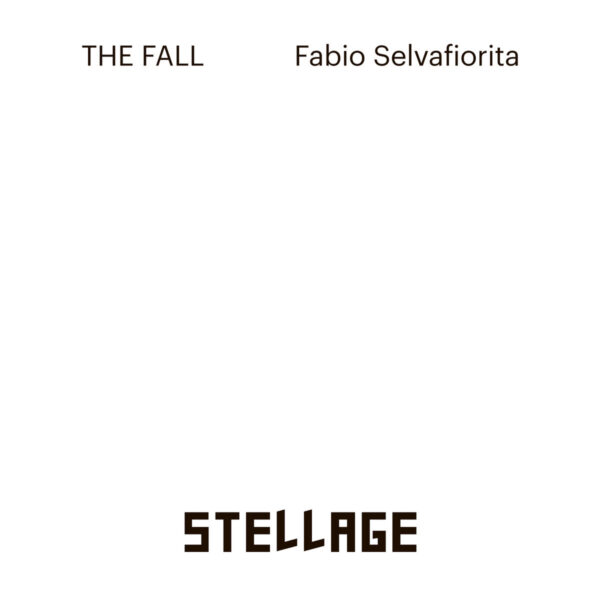 Perhaps fittingly for a solo debut album, this musique concrète and electroacoustic instrumental recording is intriguingly titled “The Fall”. After this first work, subsequent solo works from Italian composer Fabio Selvafiorita will either plumb the darkest, deepest abysses or rise very suddenly with themes of redemption and grace! Jokes aside, Selvafiorita is hardly a novice in the world of electroacoustic experimentation: his first work as an artist in his own right was a collaboration “Death by Water” with Valerio Tricoli back in 2011, and at least two years before then he was part of a group Meerkats (which included Luca Sigurta, currently of Junkie Flamingos) which released its (so far) only album “Kapnos” in 2009. Hmm … “Death by Water” … “The Fall” … those album titles aren’t looking so facetious after all.

On his Bandcamp page, Selvafiorita describes “The Fall” as “an old fashioned electronic symphonic poem” in which one’s “biographical sound marks” meet “intangible” sounds from another world, resulting in a spiritual transformation. The meeting between my ears and this album certainly is a transforming event: I was pretty much held spellbound by the lively, slippery, chattering noises (“Prologue: columns, gyre and vortices”) from an alien world very unlike our own. The sounds not only have a life and spirit all their own, they even have definite physical forms, even if these forms can only be seen and held in the mind’s eye. ‘Ascent of the Stone (GLORIA)” is a droning ambient piece balanced in mood and tone by a veritable forest of electronic insect life (dominated perhaps by glittery dragonflies), resulting in a track of complicated mood marked by sonic contrasts. The atmosphere appears more remote than welcoming or friendly and room temperature may drop a few degrees as the track continues and becomes rather icy in sound and feel.

Later tracks are still very lively but perhaps having become accustomed to the flitting noises and chatter, I find the second half of the album a little more mundane and not quite so vivacious and sparkling. “Convexities, among the ruins” includes moments later in the track where the music, dominated by background drone, anticipates something about to happen so listeners are kept waiting … and waiting … The longest track on the album “Gesänge der Frühe” (“Songs of Dawn”) really does replicate the sounds of nature slowly welcoming sunrise in awed noise-drone respect initially before transforming into a series of ever-evolving soundscapes of rushing drone, hiss, crackle and chirping.

The album can be a challenge to hear in one sitting and certainly “Gesänge der Frühe” alone is long and complex enough to constitute a mini-album or EP in its own right. It is rather different from the rest of the album in atmosphere, mood and structure, with drone and sound wash predominating over noise. From beginning to end on “The Fall”, listeners are wrapped in an entire alien ecosystem of silvery noise and quivering life-forms constructed and given life completely by sound. Unless there is a spiritual meaning to the album’s title, referring perhaps to the Biblical story of how Adam and Eve were cast by God out of the Garden of Eden and made to grow their own food with toil and sweat, I don’t see how this recording can represent downfall: in parts it is very uplifting and lively, and full of the wonder of creation.