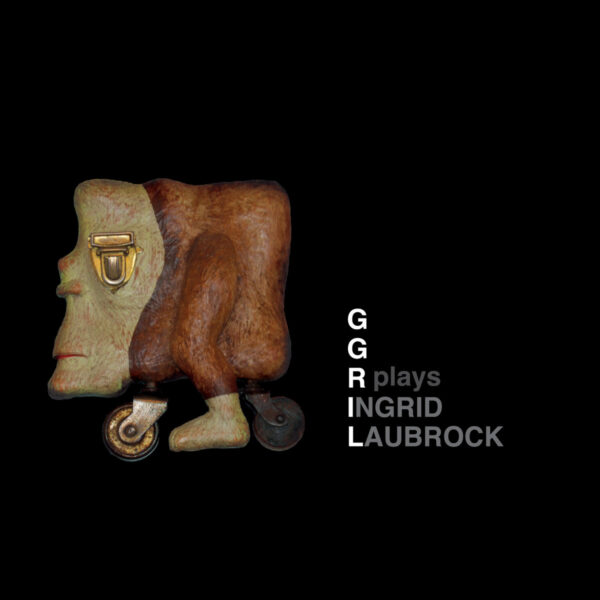 New album from the Canadian combo GGRIL is a gem of semi-composed conducted improvisation…we heard from this excellent group with their 2019 album Façons which Steve Pescott enjoyed for the extreme contrasts this band of heavy-hitters is capable of, and he noted that “large scale improv/contempo compositions [are] their main forté.”

That item was released by Tour De Bras in Canada, this one is a joint imprint with French label Circum-Disc…GGRIL Plays Ingrid Laubrock (CIRCUM-DISC MICROCIDI015 / TOUR DE BRAS TDB9039CD) documents what happened when this German-born New York saxophonist and composer came along to conduct the group in 2018. Why I’ve not encountered Laubrock’s music before now is a mystery. Active since the mid-1990s at least, she’s led a number of her own combos such as Anti-House, Sleepthief, and the Ingrid Laubrock Octet, and has teamed up a few times with the American drummer Tom Rainey. More recently, she has also played the compositions of Anthony Braxton.

For today’s record, GGRIL – the Grand Group Régional d’Improvisation Liberee – play just three of her compositions, ‘Silent Lights’, ‘Stark Dark’ and ‘Palindromes’; each one a marvellous example of strong dynamics and great contrasts, making them meat and drink for a group like GGRIL. For these Canadians, apparently working with Laubrock brought them into “new, less abstract territory than usual”, implying that structure, narrative and focus have been foregrounded over the excesses (dare I say it) of free improvisation. The 12-piece playing this music – including strings, brass, percussion, electric guitar and bass, and accordion – realise the detail of this exciting music with notable skill, and no compositional gesture is beyond their craft. Based on the evidence I’m hearing, Ingrid Laubrock understands very well how to pair and group certain instruments together, savouring their unique voices, to bring just the right effect she’s after; moments of ‘Stark Dark’ demonstrate this most clearly, providing small and intimate passages that are in complete contrast to its stormy opening. At the same time, the players are allowed a certain amount of non-music noise generation in their actions, so that this piece walks the knife-edge with the certainty of a well-heeled spider wearing armour.

To me ‘Stark Dark’ conjures a nocturnal atmosphere with strange events unfolding, whereas ‘Palindromes’ is even more mysterious and more extreme in its use of dynamics and unusual instrument voicings…tension and apprehension in 7:01 mins of nail-biting in this delicate mist. I suppose ‘Silent Lights’ is the main event, and is probably the most accessible for those expecting some form of big-band free-improv music with its extremes of volume, lively passages of spontaneous-sounding blart, and a showcase for just about all the instruments in the group (though not all at once). Once again though Laubrock’s strong compositional direction is leading the way, taking us across a number of wild and rugged terrains with the assurance of a real maestro. What I mainly like is that Laubrock is not out to shock or surprise the listener, unlike some of the more infamous members of the various New York schools, yet we are still rewarded with continual invention and surprise in these ingenious, passionate, thought-through pieces.

All those who participated in these October 2018 session can feel proud of the day’s work; apparently they recorded five pieces in all, but only released three. I want to hear more; Ingrid Laubrock is now my new favourite thing in the world! From 26th February 2020.