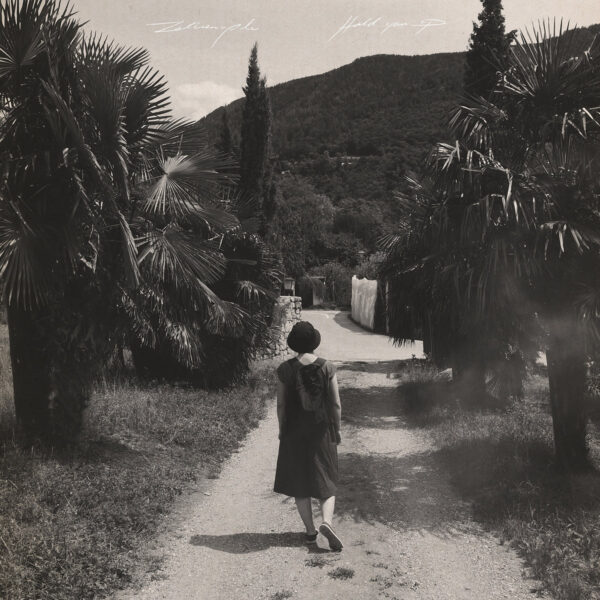 American band Zelienpole are entirely new to me, but they’ve been producing their own brand of very subtle post-rock music in Chicago for about 20 years, sometimes appearing on labels such as Type, Time-Lag, and Loose Thread. I was intrigued to learn that Neil Jendon used to be a member, as I have a soft spot for his Corporate Laughter record from 2012 – it seemed to be a series of instrumental anthems to a state of “terminal decline”, as I would call it, rendered with analogue synths.

It might be possible to detect a strain of that same wistful spirit on today’s LP, Hold You Up (MIASMAH RECORDINGS MIALP047), released on the same label that released Matt Christensen‘s solo LP Honeymoons in 2016. Matt is the vocalist and guitarist for Zelienpole, and has made a large number of records under his own monicker (over 100 titles on his Bandcamp page alone) besides finding time to appear in Gemini Sisters and Good Stuff House. The other main musicians on this LP are the drummer Mike Weis and the bass player Brian Harding, who also plays clarinet, though keyboard players Eric Eleazor and Donn Ha also feature on many tracks. Zelienpole go for a very processed signature sound – though we can just about recognise some of the instruments being played, everything including the vocals is fed through layers of effects and studio post-production that lends a shimmering haze to just about every note that emanates from the band like wispy trails of smoke. It’s hard to make out anything in this diffuse, slightly distorted landscape, which I think corresponds to their ambiguous take on life and philosophy. Such content as I can make out in Christensen’s murmured, low-key vocalisations seems vague and uncertain, the gentle musings of a sensitive soul feeling somewhat adrift in the hurly-burly of the modern world. At best, this amounts to a softer version of Michael Stipe, a more introverted reincarnation of same and doubling down on the muttered vocal technique, set to a denatured nebulous non-rock ambient beat with a very simplified melody; at worst, Christensen could be living in his snowflake silo, unable or unwilling to communicate his inner emotional core more directly.

There’s something to be said for the overall Zelienpole sound, however, which has flashes of originality and is evidently very well-crafted, with its multiple treated layers; I picked up on the fleeting reference in the press note to “looped atmospheres echo in the distance”, which might be alluding to a specific studio technique. If it is, it’s effective. We’re told this is the band’s first LP in five years; previous records may have been characterised by “reverb-heavy bombast”, an approach which sounds like it might be more in my line than this somewhat overly-sensitive driftery. Even so, a very convincing record. From 12th February 2020.