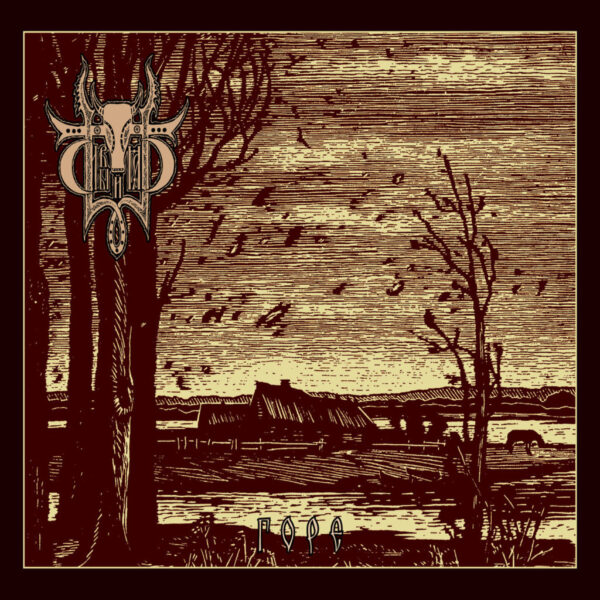 After four years of relative quiet in contrast to the usual practice of releasing new studio material at least once a year – an indication that a new direction in both musical style and lyrical themes is under way – Russian one-man post-BM band Sivyj Yar is back in action with a new album. Featuring stunning cover artwork courtesy of Ukrainian artist Sir Gorgoroth, who has done artwork for other bands in Russia, Ukraine and beyond, “Grief” takes up the theme of the hopes, longings and aspirations of Russian peasantry, whom Sivyj Yar multi-instrumentalist sole member Vladimir regards as the carriers of Russian culture, and how these desires have been frustrated over long centuries. Listeners might expect that the dominant music style on this album would be a mix of depressive black metal and folk or a fusion of the two.

As it turns out, the last style you’d expect – epic dreamy black-gaze guitars singing of longing and nostalgia – is predominant throughout the album. Initially listeners might be forgiven for thinking Sivyj Yar is turning in a folk direction hewn by Ukrainian black metallers Drudkh on opening track “The Great Ancient Mother” (the album and all tracks carry both Russian and English titles) but quickly those stirring melodies and almost martial drumming turn into music that sounds much more radiant and sunny. On subsequent (and much longer) songs, the mood grows less optimistic and darker, and the black-gaze style – while still retaining its upbeat melodic nature – goes through many changes of fusion: there are thrash episodes and passages of melodic rock’n’roll and melancholy blues / folk, all outlined in a cold frosty ambience. On at least one track, “Wasteland”, synthesisers introduce a progressive rock element and a cold-space atmosphere in amongst heavy-duty doom crunch riffs; and the title track brings in some good old-fashioned raw BM thrash energy along with the tremolo folk melodies and swirling space synth.

The overall sound can be thin which is fine for those tracks where BM thrash, folk and the blues influences dominate the long instrumental music passages. Vocals are thin and ragged and often seem lost in the music. Because most tracks are long and don’t carry many lyrics, mood and atmosphere become more important than they would otherwise to hold the music together. A better production could inject a warm mood and a distinct atmosphere in earlier tracks (and both to become colder and darker) to highlight the album’s theme. I had an impression that the last track “Depth” should have been monumental and heroic but the thin quality of the sound makes the percussion sound like bludgeoning and the music hits a plateau early on and seems frustrated for the rest of its running time.

I did feel that there were grand ambitions for this album to go beyond previous Sivyj Yar recordings in scale, emotional intensity and musical style but like its subject matter it fell short of its aspirations. The project really needs better production on future offerings to reach its goal of emotionally intense and immersive music drama to do its lyrical concerns justice.