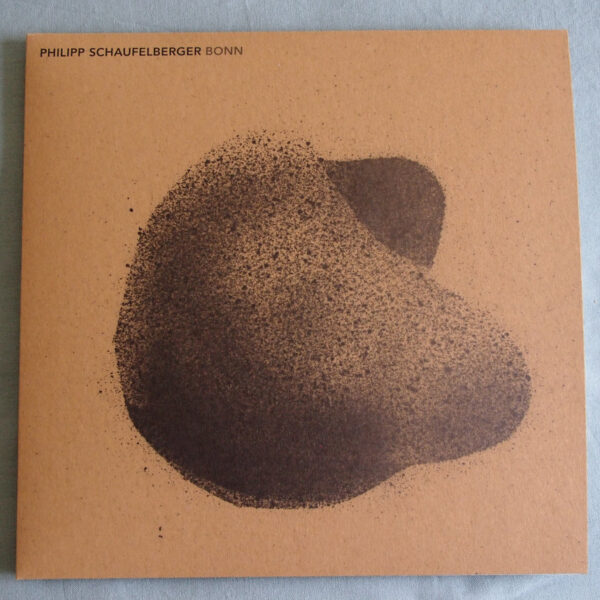 Solo guitar LP from Philipp Schaufelberger is called Bonn (WER 037) from Wide Ear Records in Switzerland. Much to my chagrin, I see we’ve left this one in the racks since 2018. In the meantime, we already heard a record on which Schaufelberger plays, and it was Discover Anthropology! released in 2019 on same label, where the guitarist teamed up with Christian Wolfarth for a puzzlingly minimal take on jazz standards. I wasn’t too enthralled by that release, and I’m afraid that Bonn is likewise failing to light a fire under my cornfed tootsies.

There’s certainly a bit more variety on offer this time, and it’s evident that Philipp Schaufelberger has an interest in many techniques which he demonstrates for us as he works through an equally varied mix of tunes. He can pluck in minimal fashion, issuing small and unassuming notes; he can run up and down the fretboard to produce quite unusual effects. Did I mention he plays the acoustic guitar? Bonn is mostly a fairly quiet and restful LP, but I sense that inside our friend P.S. there’s an electric guitarist itching to be released, especially since the press notes advise us to listen out for “hearty grungelike strumming”, perhaps alluding to the spirited guitar style of rock bands like Nirvana or Mudhoney. As to the selection or programme, he opts for his own arrangements of the tunes of others, freely improvised short episodes, jazz standards, and two pieces of contemporary classical music composed by the Zurich musician Michael Heisch.

It’s when we reached his take on ‘Misterioso’, at the end of side two, that I realised this isn’t quite the record for me; the work of Thelonious Monk is something I hold in incredibly high regard (I shan’t say I have built a shrine to him in my private study, but I am considering it) and ‘Misterioso’ is one of my all-time favourite compositions in the field of jazz. Schaufelberger gets the melody right, if you deem note-perfect accuracy a good way to go, but he misses the swing feeling by a country mile, and doesn’t come within six feet of the strange, candle-lit, absinth-soaked eerieness of the original. The guitarist’s overly-precise staccato style seems more at home with the Heisch compositions (there are two of them, quite long, and occupy nearly half the total length of this LP); odd gaps, strange discords, bold percussive effects (made by muffling strings) and elaborate elusive melodies that don’t quite add up, are just some of the hallmarks of these pieces as rendered by Philipp Schaufelberger.

This was a live concert recording and is pressed in vinyl. Arrived 4th September 2018.