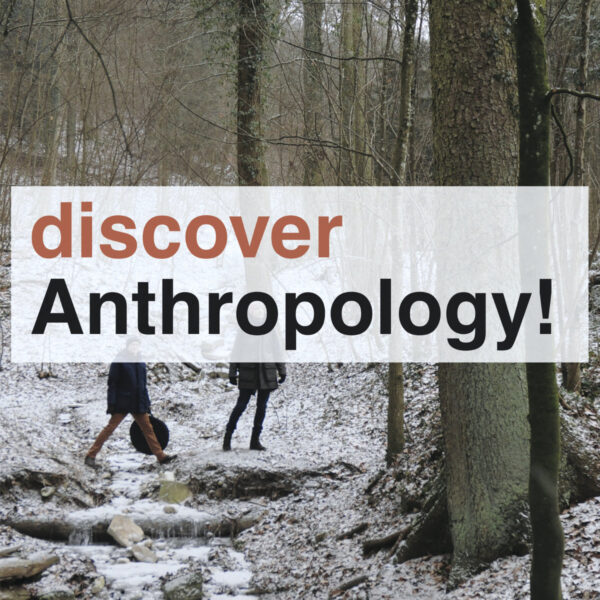 Swiss percussionist Christian Wolfarth has been noted a few times in these pages over the years, either playing jazz in small groups for the Veto-Records / Exchange label or in a more avant context, for instance with Jason Kahn. One highlight for me was his solo LP Spuren from 2016, which was a bold and challenging piece of sound art and drum experimentation. For a total move away from that trend, here’s Discover Anthropology! (WIDE EAR RECORDS WER 042), a record he made with the guitarist Philipp Schaufelberger.

It’s a set of jazz standards, played almost entirely “straight”; tunes from the history of swing and bop periods are all here, with the composers Ellington, Monk, Pres, and other veterans well represented; the duo even perform such chestnuts as ‘Bye Bye Blackbird’ and ‘Sweet Georgia Brown’, the latter a tune I personally cannot abide ever since I heard a busker playing it on his trumpet outside at the South Bank one afternoon. 1 While at first I thought we might be getting a Jim Hall LP remade for the cynical noughties, it turns out there’s a bit more to it; for one thing, the “minimalism” tag is rearing its head, as Wolfarth elects to play with the most basic kit he can get away with, i.e. one snare and two cymbals, and Schaufelberger likewise plays in a manner described here as “stripped-down”.

Although the tunes are fully intact, there’s almost zero improvisation, which might seem strange for a record purporting to be “jazz” in nature. Perhaps it isn’t really anything of the sort. If I played this against any LP by Jim Hall or Kenny Burrell in my collection, then Discover Anthropology! would emerge as weedy, thin, under-nourished, a bowl of watery soup compared to the rich strong meat of my favourite veteran Gibson-handlers. If the duo here are attempting a “rethink” or “reimagination” of the history of jazz standards, they seem to have elected to do it by paring everything down to the essentials, then rebuilding it in miniature using a box of matches and a bar of soap. Even the cover art is part of this scheme; it looks like the work of somebody who never saw a Reid Miles cover design in his life, but had it described to them by a very impatient art director…”oh, you know what to do…bold fonts, exclamation marks, different font colours…and overlay them on a photograph”. From 5th August 2019.