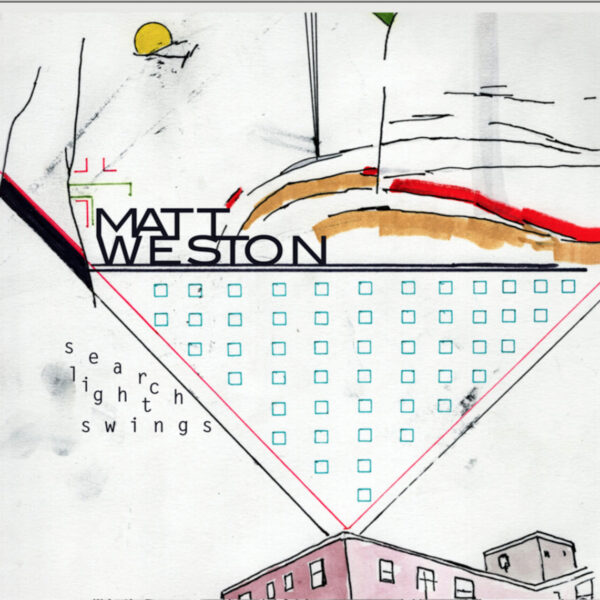 From late 2017, an excellent 45 RPM single by Matt Weston that we overlooked…this Albany NY fellow is a composer and performer, primarily a drummer I think but is also very handy with synths and electronics, as this little powerhouse record manifests…we have enjoyed all of his solo albums, noting there are at least two common threads in his work. One of them is to do with working with buildings as the locus of the composition (usually thinking on a large scale, and doing it at night), the other is a strong sense of urban and political paranoia.

It’s the latter strand I’m detecting on today’s record, Searchlight Swings c/w Is That Helicopter Over Our House? (7272 MUSIC #010). The titles immediately conjure up a bleak police state where the forces of law and order are beaming their powerful surveillance beams all around the city, and likewise a military agency is patrolling the area in their “whirligig”, no doubt chewing gum and harbouring fantasies of restaging the Vietnam War using the populace as target practice…to render in audible terms these brief waking nightmares (each side is less than three minutes long), Weston uses just drums and electronics / synths, each instrument played in a spare manner that leaves plenty of gaping space in the piece…at the same time, he doesn’t stint on energy. The drums pound like the arrival of a cement mixer, and the electronics set-up is used to create incredible pained howls of anguish and fear. On ‘Searchlight Swings’, this sound is used to trace the direction of the imaginary beams as they dart around the nightscape in alarming fashion. So vivid is Weston’s performance that it’s like being hit full in the face with 13 million lumens of wattage.

On the ‘Helicopter’ piece, a lame and terrified Moog is used to emulate the sinister whirring of blades of that war engine, along with what resembles a braying woodwind instrument testifying to the panicked state. What I like about this cut is how it breaks down midway into a pile-up of metallic chaos, before resuming its harrowing theme. As a compositional arrangement, it’s bold and striking; and the performance rises to the challenge, delivering fragmented gobbets of musical information in a state of near-collapse. Jeremy Kennedy did the artworks of smashed buildings and strange abstractions; on the front, the searchlight beam is sketched in with ruled lines, to delineate an impossible space containing rows of windows (or blocks of deadly computer data hovering in neat lines). A gem…vinyl edition still on sale from Weston’s store at time of writing. This arrived 14th November 2017. 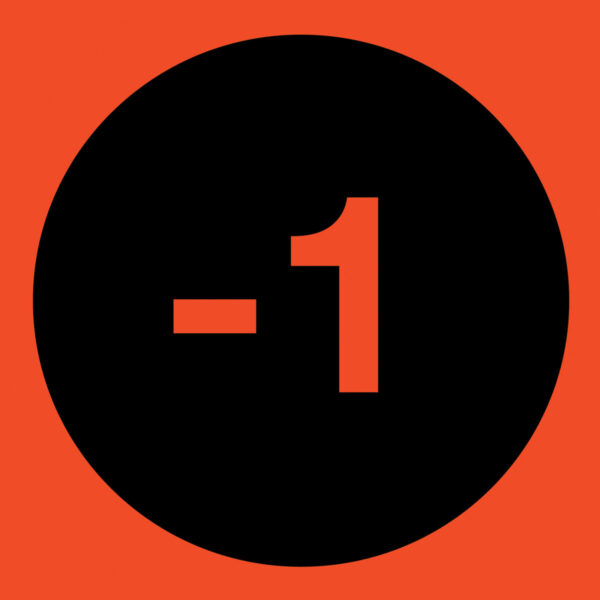 Another overlooked 45 RPM is this red burner from Negative One, a Boston group playing their own brand of 100 mph, aggressive, screechy punk noise… -1 (FEEDING TUBE RECORDS FTR 284EP) is a lovely EP of 13 ultra-short tracks endorsed by the label copywriter as “a dandy rip”. The actual band (playing usual gtr-bs-drm setup) aren’t much more than competent thumpers, although there’s a lot to be said for the attack of Nick Neuburg as he pounds home speedy rhythms with the insistence of a roadworker with a pneumatic drill. To me the real secret weapon is vocalist Angela Sawyer, whose very distinctive whiney tone is all over the record…after a few spins I was convinced we’d entered an alternative reality where Rod and Todd, the annoying sons of Ned Flanders, had turned into radical politicised punks spewing out four-letter words, but still retained their squeaky voices. Angela spits out her sermons with requisite urgency and bile, and brings her social commentary back to something familiar and close to home by the simple expedient of treating each situation as a confrontation between two people – mostly likely her and some other guy (probably a man). The words “me” and “you” are repeated with a high statistical density on this record, and every utterance is an invitation to a fist fight.

All this said, -1 is an enormously entertaining record where the vitality never runs dry for a second, and there’s even an evil sense of humour keeping it afloat. The short tracks trick is a good one, harking back to the great days of American hardcore punk of the 1980s (and possibly Napalm Death), although I wish they’d done the whole set in one take; I get the feeling this record has been edited together to leave out the chaotic moments. Shame that the band doesn’t appear to have made any other records since as Negative One, although Sawyer’s genius for eccentric song form is something we noted on her fine LP On The Pedestrian Side from 2016. She’s also recorded under many aliases and in many bands, including Duck That, Exusamwa, Human Hairs, Life Partners, Preggy Peggy & The Lazy Babymakers, The Phenomenological Boys, and The White People, all of which I would love to hear someday. Co-released with a Cambridge MA label 100% Breakfast, this is a fine blasteroo. Released in September 2016, may have arrived here around that date.