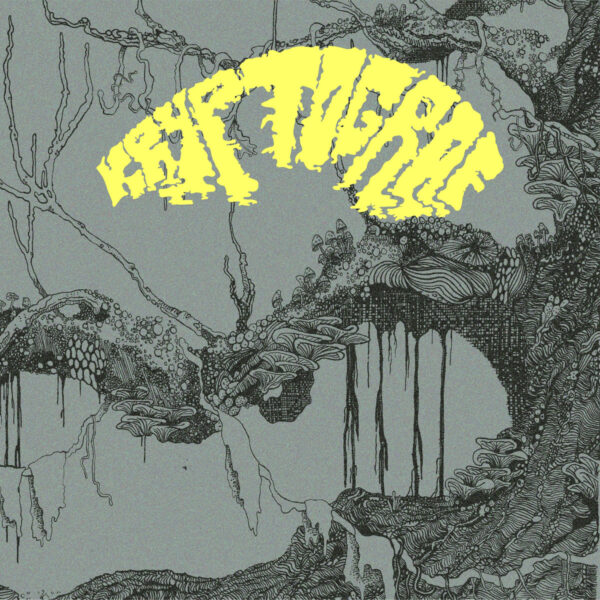 Proof positive that anything anyone can do, the Norwegians can do with crispness and fresh verve, is this new psych-doom band from Bergen with its self-titled debut. Professing a love of Black Sabbath and heavy retro-doom / psychedelia from the late 1960s onwards, the foursome calling themselves Kryptograf proceed to slay one and all before them with their blisteringly heady and heavy brand of doom / psychedelia in the manner of their Viking forebears coming upon a rich monastery in distant lands. With a deep doomy sound including gratifyingly gritty and grinding bass, and with three members able to trade lead vocals, Kryptograf have managed to release an album that, while definitely inspired by the Sabs and other favourite doom / psych / hard rock bands (Swedish band Witchcraft prominent among them), sounds very like an album hard to pin down into genres like doom, retro-psych and hard rock because it has them all. Several songs on this album have potential to be singles in their own right – all eight songs sound so full of vitality – and each of them also is a bit different from the others, giving the album plenty of variety in style and sound.

The band quickly gets stuck into the album’s business end with “The Veil”, a straight-talking melodic doom / hard rock number with a great fuzzy bass groove and plenty of solo lead guitar fire. “Omen” dips a bit more into Sabbath territory with a twin set of vocals and a long passage of instrumental music carried by deep bass riffs. “Seven” is a meandering broody number with a lot of atmosphere and a melancholy mood as guitars lose themselves in dream pools of psychedelic effects and synthesiser swirl. While it can be a bit self-indulgent and gets carried away by all those wobbly organ background flourishes, “Seven” is an enjoyable ride straddling the conventions of rock song composition and a more atmospheric, immersive dimension that fills listeners’ heads with alien soundscapes of day-glo colour and energy. All of a sudden, we hit the album’s main highlight “Crimson Horizon”, a rock-out doom number with Ozzy Osbourne vocals, smart crunchy riffs and head-banging guitar solos.

The rest of the album consists of shorter, poppy songs that admittedly do not break any new ground in psych-doom and perhaps lean on and respect the Sabbath style a bit too much to find anything in the path trodden by the British legends that could be done differently and afresh. When the guys use acoustic guitars and synthesisers, these instruments don’t sound too generic and cheap and are used to add ambience and to support the guitars-bass-drums core set-up. The singing is clear and good but needs to be more original and less like Ozzy Osbourne impersonation.

Alas, it all ends too quickly and I am left with the impression of a young band with energy, enthusiasm and love of its chosen genres, and plenty of potential and a great future – if the guys are prepared to go beyond where their heroes dropped off, experiment more with their sound and with the assumptions and expectations of doom metal psychedelia, and transcend all those expectations and limitations.