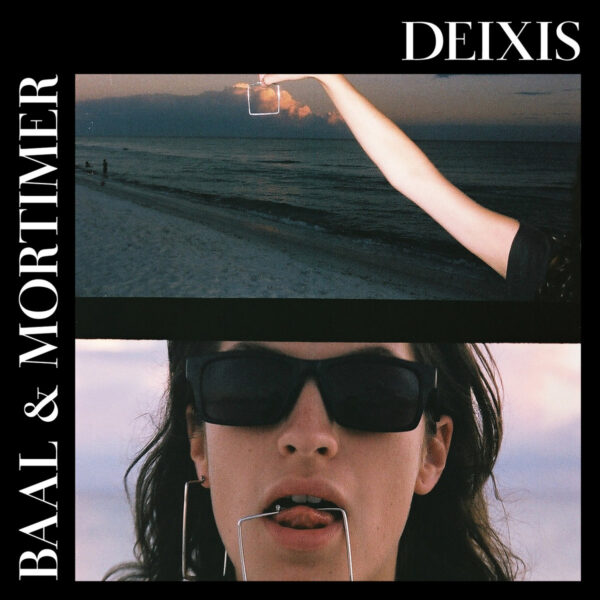 Within linguistics, ‘deixis’ refers to semantically fixed lexical items that designate the spatial, temporal and personal aspects of a situation, whose meanings change according to the context. For instance, the meaning of the spatio-temporal imperative of ‘be here now’ will vary according to who is speaking and spoken to. To a meditation practitioner the impulse will be to return mindfully to the present moment; to an Oasis fan, to distance oneself from meaningful cultural experiences. When decontextualized, these identities collapse into one another and we encounter a brief, zen-like moment of ontological discord.

Embodying this indeterminacy is the stimulating debut album of Düsseldorf-based downtempo bedroom pop from Alexandra Grübler, an artist who makes a neat mess of all sorts of notional boundaries, whether performance-based (playing to audiences in clubs and art galleries alike) to, more explicitly, the exploration of “questions of resistance, autonomy, language, and identity” in the curve and quiver of her hermaphroditic electronica. In Deixis, taken-for-granted reference points are smudged beyond immediate recognition from the first track (‘Atopos’; ‘placelessness’), and electronically manipulated human utterances decompose into a molten goo of androgynised voices and modulating mechanical tones whirring in atonal polyphony with an array of shuffling rhythms unsettling temporal perception; each track no more than a suggestion of direction, yet distinct enough that each forms its own exhibit, to be studied and wondered at.

Appetite for semantic obfuscation notwithstanding, the audible lyrics seem to address the confounding nuances of intra- and interpersonal relationships and the transient spaces in which they occur; where ‘I’ and ‘you’ become interchangeable. Possibly quite trite when viewed as ‘art’, but an effective antidote to our critical mass of ego-obsessed pop. Thus, Deixis and its challenges to ostensibly familiar signifiers is never less than interesting and is often refreshing. Moreover, where enclosed spaces like the bedroom have come, under lockdown, to resemble miniature prisons of, at best, distraction and often frustration, Grübler gratifyingly signposts the possibility of inverting this energy for a process of creative inner exploration.