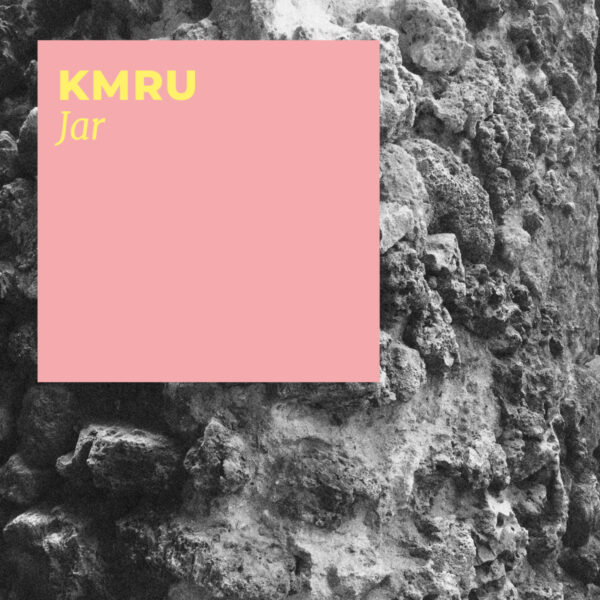 The third full-length album released by Kenyan sound artist Joseph Kamaru aka KMRU in 2020, “Jar” is a gorgeously serene and radiant example of the way KMRU weaves magic with his found sound / musique concrete sources and creates distinct warm soundscapes. Worlds of sparkling crystal mountains are born even as you listen to the music. Kamaru’s bewitching way with magic begins with first track “degree of change” which lights up hidden corners of your mind and from there continues illuminating those parts of your being that you could never have guessed exist. The astonishing thing is that Kamaru uses the same tools and techniques as most other sound artists do – a minimalist approach, repetition – and yet establishes a unique style, and with it a complete universe, a Kamaruniverse if you will, that never leaves you.

As the album proceeds with third track “life at ouri”, with actual untreated background sound sources, the recording’s aim becomes more obvious: it’s a trip back into time, into one’s memories (real or imaginary) and the feelings, wistful and sad as well as happy, associated with them. Longing may be present and the track is content to linger over past times. Succeeding tracks tend for the most part to create and sustain a mood or an atmosphere, allowing the listener to luxuriate in the sounds that keep this mood or vision stable in the mind. Longer tracks like “note 43” have some development within the worlds created that may be revelatory or have a transformative effect on listeners, depending on where they are coming from originally, and may be quite close to psychedelic or progressive rock in this respect.

With some tracks like “behind there”, the music needs to be turned up either high or heard on headphones so that field recordings can be heard beneath some otherwise bland music. Anyone looking for anything distinctively Kenyan in the music on “Jar” might find it in “space of uncertainty” which has a repeating melody that sounds a bit like a finger piano tune.

The later half of the album is not quite so interesting or as individual as the tracks on the earlier half, and I must confess myself that I’m not sure if the entire work will stand repeated hearings without boredom quickly setting in. On future recordings KMRU will need to consider varying his approach to keep it vibrant and attractive, lest it fall into generic New Age background mood music.