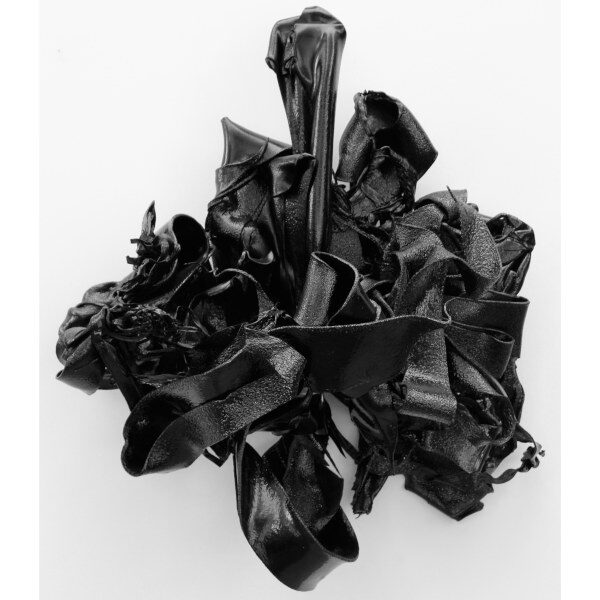 Option (FEEDING TUBE RECORDS FTR506) is a new solo record by Don Dietrich, one of the two saxophone players from Borbetomagus. Don’t seem to have heard that many new records from Borbetomagus of late, but I assume they’re still a going concern…the records made by the trio of Dietrich, Jim Sauter and Donald Miller in the 1980s and 1990s stand apart as strong examples of intense, noise-influenced free improvisation and wild free jazz; too strong for many listeners, which may be one reason why they opted to release most of their work on their own Agaric label.

Option is apparently only the second solo LP made by Dietrich; the first was Dietrich, released in France by Elevage De Poussiere in 2003, though I see it’s since been hoovered up and coupled with the Chinese Root Letter single by Pica Disk in Norway. This latter move on behalf of Lasse Marhaug’s label indicates that Lasse at least probably thinks of Dietrich as a “noise master”, fit for filing alongside his box sets by Hijokaidan and Incapacitants, but it may not be quite as simple as that. This particular record began at the instigation of Ken Vandermark, the noted Chicago jazz saxophonist and composer, who invited Dietrich to play at the Options series of concerts / events in that town in 2019. I wish I had access to Vandermark’s liner notes to this LP, but sadly I don’t. Admittedly, the Options event is far from being solely a free jazz affair, as it showcases experimental music of all stripe, along with panel discussions and such. Dietrich’s 40-minute solo set from this Options date has now been pressed into vinyl, and it’s also the first time he ever played a live solo set in front of an audience, which is likewise worth remarking on. I won’t say the two other members of Borbetomagus were getting in his way, but when those three mavericks locked horns together the situation was pretty – erm – volatile.

What we find on Options is that Dietrich certainly doesn’t lack for energy – here’s 40 minutes of sustained vitality unleashed with all the force of a non-stop weather system. He also doesn’t need two other guys to help him make a thick, abrasive sound – he’s playing his sax through various effects, so while the natural sound of the instrument is largely disguised, the wailing blurt still rises to the top above layers of steaming, mechanical chugging. Throughout the whole set, he constantly find ways to blend natural and non-natural sounds into a mutating mass, richly textured and replete with sonic variety. Having remarked about the energy levels, I now wonder how much actual effort he has to expend to create this gargantuan effect – for some reason I’m reminded of the famous Robert Ashley Wolfman piece from 1964, which has often been misapprehended as “a man shouting into a microphone”, when in fact Ashley had such control of his feedback devices that all he had to do was whisper and murmur gently. I think it’s very likely that Dietrich also has total control of his pedals setup, and isn’t simply interested in setting up a wall of harsh noise.

With this line of thought, I’m edging away from the Marhaug school and leaning towards the view that this is indeed a jazz record, fit to be aligned with Ornette, Ayler, Taylor and others who rejoiced in free-flowing streams of content. I’ll go further and suggest that Dietrich’s mastery of his instrument and his electronics is much more successful than many examples of so-called “extended technique” that we’ve been hearing from contemporary European improvisers of late; Dietrich has in fact developed it into something which only he can deliver, and he now occupies a unique niche in free music in a way that few can match. In short, I can only repeat the famous Forced Exposure catalogue quote that was applied to Borbetomagus’ New York Performances: “Frankly, another great one.” The cover art is a photo of a sculpture made by Dietrich; 300 copies of the LP were pressed. Arrived 1st April 2020.