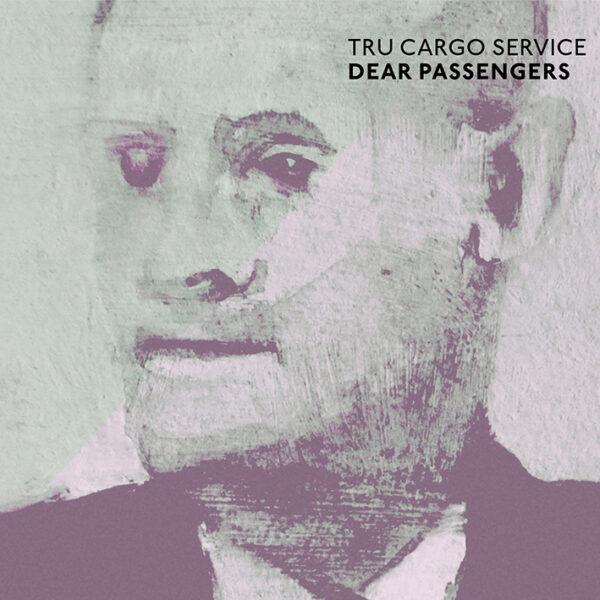 Latest item from the Berlin guitarist and composer Torsten Papenheim is by his quartet Tru Cargo Service. We’ve been enjoying Torsten’s work from some time now, in the duo Rant (“…experimental concern who have pushed duo dynamics into some strange and intriguing nooks and crannies…” (Pescott)), though my favourite incarnation is his solo guitar thing which leans into the noise area as heard on the 2019 cassette Tracking/Racking (“veers from scuzzy, distorted guitar noise to genteel salon moods”.) Tru Cargo Service – featuring the tenor sax puffery of Alexander Beierbach, double bass of Berit Jung and drums of Christian Marien – turn out to be something different to both of these, and their CD Dear Passengers (TIGER MOON RECORDS TMR 007) presents eight new tunes all composed by the Papenheimer himself.

At first I thought this was a straight-ahead jazz record, but… is it? These genre labels may not be helping so far…in fact the Cargo band would have us understand that their music is always “oscillating between composition and collective improvisation”. Indeed if you lean in for a closer look at the track ‘Melancholy Grandeur’ and rub up against its gnarly bark, it’s not quite as simple as a smoky Miles Quintet 1950s pastiche, as the piece allows Torsten to slip in some decidedly astringent and dissonant guitar wrangles quite at odds with the general tone of the conversation. Even Beierbach goes off the rails, starting out mellow and smooth and ending up by knocking on John Coltrane’s garden shed with his slightly tormented overblowing and deconstructed structures. It’s inventive material, is what I’m clutching at, and somehow cleverly bypasses any expected cliches of small-group jazz form.

Another stand-out is the 8:26 ‘Interstice’, the title itself a slippery little word suggesting there are cracks everywhere in the fabric of reality, into which we must insert ourselves if we want to stand a chance. Both guitar and saxophone suggest, rather than play, melodic figures which carry along on slightly different planes, like watching a train divide in two as one half rolls slowly up a mountain. Rhythm section Jung and Marien may appear to be holding down a “mellow” swing tempo, but they too are finding gaps to insert unexpected dashes and curlicues. I’m starting to feel like we’re getting a cut-up of Kenny Burrell and Coleman Hawkins records, ingeniously sliced and collaged by a 20th-century serialist or maybe an obscure conceptual scientist. The oblique practices manifested in ‘Interstice’ make it something of an enjoyable mental puzzle, made all the more intriguing for the leisurely and assured way the Tru-Cargs play it.

For more direct entertainment value, assuming that’s what you’re interested in, you may want to click on to ‘Mitscherlichs Zoo’, which wins smiles and admiring glances from the crowd with its jaunty syncopated beat and snappy demeanour, but Papenheim’s friendly and colourful chord shapes seem to hide another meaning, as of something going slightly astray in this zoo of theirs (maybe animals escaping from cages). The sudden rhythmical switch halfway-through this cut is pretty astounding; get the feeling this combo could turn on a dime while executing cartwheels. ‘Efsane’ is another up-tempo number, and has an elaborate melodic theme stated at the start that really ups the ante on be-bop acrobatics; wouldn’t Bird or Diz have loved to get their lips around this tune? That’s just some of the delights on offer, and with a track title like ‘Special Teeth Profiles Shifting’, which opens the record, you’re know you’re dealing with some seriously smart and witty cookies here, deflecting your expectations at every turn and keeping you guessing. 2018 recordings made by Christian Betz in Berlin, faintly enigmatic cover painting by Marcel Grabsch, this record is an understated joy. From 9th March 2020.