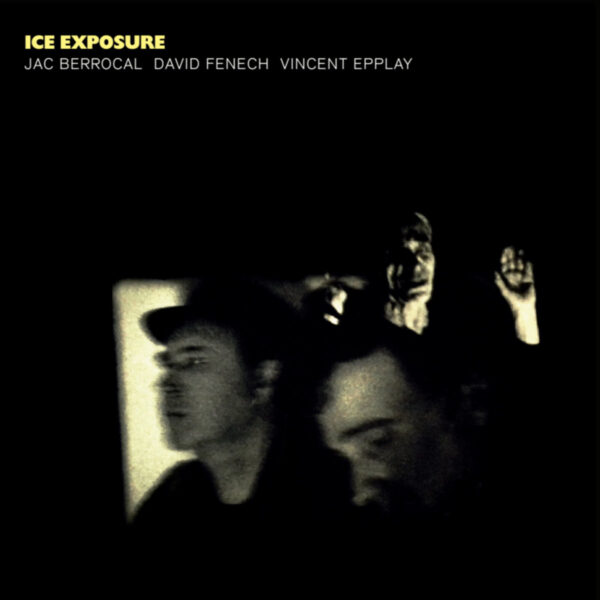 Here’s an essential “dark beast” from Jac Berrocal, that maverick French performer who’s often mistaken for a jazz musician and improviser, but whose considerable powers exceed such boundaries and burrow deep into forbidden musical grounds. Berrocal is associated by many with the Nurse With Wound connection, and it’s to Stapleton’s credit that he brought this unique player into the orbit of a few more discerning listeners, but there’s still something unfathomably weird about Berrocal that I still can’t adequately understand. I mean, even his 1986 album Hotel, Hotel is a puzzling mix of styles, genres and conflicting ideas, and somehow it’s not enough to simply describe how he breaks down the walls of music categorisation, although he does so emphatically.

I’ve been sensing a more troubled and world-weary voice for some years now, especially if we look at albums like Disséminés Ça Et Là... (with Toeplitz and Cognard) full of grim music which appears to be emerging from the depths of a psychic cavern. For sheer bizarritude though, it’s still hard to beat the 2011 Superdisque record which he made with the French guitarist David Fenech, and fellow outre-genius Ghédalia Tazartès. Fenech is here on today’s record Ice Exposure (KLANGGALERIE GG326), along with super-talented instrumentalist and visual artist Vincent Epplay. Technically this CD is a reissue as the album came out in the UK on Blackest Ever Black in 2019, although we’ve got two bonus cuts on this CD. It’s also a follow-up to Antigravity, which the three of them made in 2015 (we never got a copy, more’s the pity). At one level, Ice Exposure is a superb document of strong studio performances, with lots of live interplay and strange, sprawling ideas; Fenech contributing guitar, tapes, percussion, backing voices and even a bit of turntabling, with Epplay on drums, percussion, synths, both of them ably supporting Berrocal as he emits his free-wheeling echoed trumpet blasts with far more consternation and neurotic energy than we heard on that rather limp and bucolic Straight Outta Bagnolet jam session (which I believe has since been disowned by Berrocal as it apparently came out without his agreement).

However, even more interesting are the Berrocal voice segments, streams of word-association and poetic spew which he delivers like some unholy cross between Burroughs, Bukowski and Captain Beefheart, with a tone that veers between a mood of outright disgust / despair at the modern world, and one of deep-seated alienation. The 16 tracks, some of them ending quite abruptly and cut at surprising edit points, start to assume the proportions of a very disjointed radio broadcast, a TV show from the depths of Hell…portraying in broken images and flashes of insight an extremely troubled and disrupted world. I’d like to think that the force of Berrocal’s personality, and his convictions, are what has driven the two supporting musicians to unleash their inner dark fire, and instinctively find just the right mode of playing and choice of devices to express complete sympathy with this occluded Berrocal vision; they’re certainly kept on their toes at all times, having to respond quickly to every change of mood and violent emotional mood swing. I see it was recorded over a five-year period, 2012-2017, a fact which may simply reflect the logistical problems of getting these musicians together in one place, but at the same time my guess is that it would be tough work to sustain this level of intensity for a single recording session.

Not an especially easy listen, and at times so chaotic that it might try your patience, but overall a very cathartic and rich experience awaits you. A modern film noir / sound documentary that dares to reveal some unpleasant truths about modern life, many unresolved conflicts … an updated Alphaville fable for our times. From 12th March 2020.