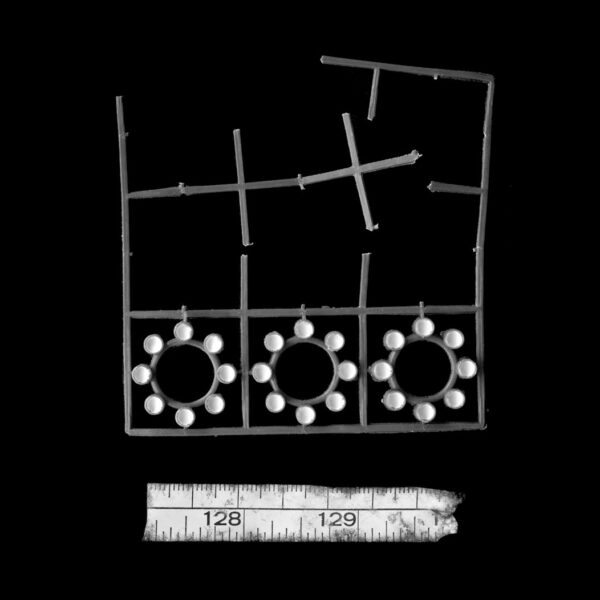 Latest release from Tarab is called Apophenia (SONIC RUBBISH) and is subtitled “Careful arrangements of sonic rubbish”. Australian sound artist Eamon Sprod merrily continues his devoted “recycling” approach to making noise, turning discarded objects into things that make sounds; every junk yard is an orchestra to him, and each bin on every street he passes sends him into a cold sweat of anticipation. Not only does he refashion garbage and rubbish, but he also recycles and reprocesses his own actions and the results, extensively; we’ve detailed this process on our notes for previous Tarab releases, and it continues to apply here.

The story could be said to begin with a compilation on the Aposiopese label called VIII; this came out as a file-based release from the French label in 2017 (no CD issue, as far as we know) and Tarab contributed 14 mins of ‘Notebook : Carbon/Soda’. Parts of that ‘soda’ item were cannibalised into a new mix for a radio programme called Ears Have Ears. He has also “borrowed” sounds (whatever that means to him) for Apophenia, plundering and nabbing as he may from people and things, added bits here, taken other bits away here, and working away at a process he aptly calls “de-arranging”, resulting in the final mix today. Blimey, why can’t he leave well alone?! It’s hard to say how his endless tinkering improves (or otherwise) the finished product, mainly because everything is so non-musical and abstracted, and we have nothing to compare it to anyway. I will say that his process is not, thankfully, one that de-natures the music by making it sound too “digital”, so I assume it’s mostly about editing and making connections between his multiple trash piles. Broadly, things do sound as they are (probably) supposed to (machines, metal, strange grindy drones) and haven’t been bled white by someone leaning too heavily on filters, mixing desks, and pass-throughs. Only on occasion does he let rip with a “timbral shocker”, by which I mean the natural decay of a sound is interrupted by the violence of his editing tools, and it really stands out in the context of this otherwise entirely organic and enjoyable set.

Did I mention this one took several years of effort? (I assume all his work does, as it’s all in a stage of becoming something else through natural change, decay, and artistic intervention) Seven years of collecting, three years of arranging. I sometimes get the feeling that Tarab is creating a little world of his own; like a model train enthusiast ends up building a scale model of their home town in the attic, if their insane hobby is left unchecked. It’s just that he’s doing it with garbage, making a scale model of the world on his own terms. Some choice items, objects and views which please him, are pictured on three panels of this card wallet release. From 13th March 2020.