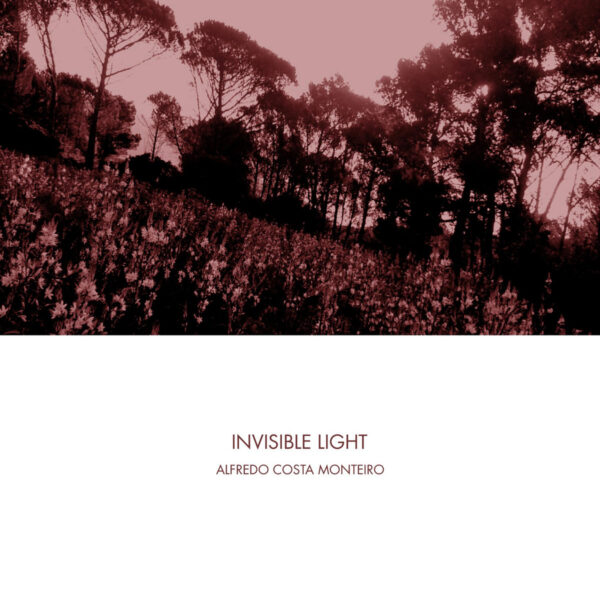 Invisible Light (SUBLIME RETREAT SR001) is a fine record of electro-acoustic drone rendered with stateliness and grandeur by Alfredo Costa Monteiro, the performer and sound artist (born Portuguese, lives in Barcelona). It also happens to be the first release on a new label based in Wroclaw, Poland, run by Taras Opanasiuk who kindly sent us a copy.

Taras had something of an epiphany when he saw Monteiro perform at Sokolowsko in 2017, when he staged a lengthy all-nighter in an old cinema as part of a music festival. Over the course of eight hours, bizarre drones emanated from nowhere and invaded the entire space, varying considerably in pitch and volume. Alfredo Costa Monteiro, controlling this sonic assault like an evil scientist, was playing a game in sensory disruption, testing the limits of human perception; the people in the audience were on the brink of sleep (it was taking place at night, remember) but the droning sounds pulled them back into a waking state, and consequently the whole thing began to play hob with one’s perception of time, depth, and space. Taras Opanasiuk describes quite vividly how he was affected and even appears to have derived some profound enjoyment from this sense-affecting experience; he particularly liked the resulting half-sleep state, nearly dreaming, the “surreal perception” of everything.

So far we seem to be not far away from the long-form and borderless extremes of the American minimalists of music, such as Reich, Glass, Young or Riley, and Tony Conrad ( who also did something similar with his film The Flicker), although the sensory near-hallucinatory-state thing feels a bit closer to the sort of dangerous and risky experiment that Psychic TV would have encouraged. Some time later Taras proposed that Monteiro could remake the whole thing into a record, aiming at a representation (in reduced form) of the original event; Invisible Light is the result. Rather than the full eight hours, we have here two pieces weighing in at 20 mins apiece; fascinating drone soaring sounds and noise are the bounty to enjoy here, and from what little we know it does seem that he has made every effort to replicate the structure of the original work as well, starting out slow and unobtrusive and gradually building up to dense, roaring attacks. Indeed there are multiple climaxes and timbral shifts to enjoy, along with the varying textures of what are evidently very carefully-wrought and processed drone sounds.

Monteiro adds another dimension, which is something to do with an old derelict house, a site which has preoccupied him and preyed on his mind for some time. Photographs of this evocative ruin are included as part of the package, printed as X-ray transparencies; I think the idea is something to do with this “invisible light” penetrating space in ways we don’t understand, and the whole sound piece is a metaphor for this unknowable phenomenon. I like an artist who’s prepared to face up to these insoluble cosmic puzzles, and offer these tangible statements as a response. The record may not replicate the grandeur of the original event that tilted Taras Opanasiuk’s psyche into a permanent state of whack, but it’s a good bone-rattling listen with not a wasted moment across 40 mins of mysterious, inscrutable drone. I also like the idea of reproducing something in miniature; musicians (and label owners) with larger egos might have attempted the grand gesture of recording and releasing an eight-disc box set, which would have been an almighty folly.

I was reminded in places of everyone’s favourite droning Spaniard, Francisco López – a fellow who also wouldn’t be averse to sowing a bit of perception-confusion among his audience. 1 Although on the surface this release may resemble the Lopester’s music in places, I’d say that Alfredo Costa Monteiro is more interested in content, and conducts his work in a healthy spirit of enquiry rather than a didactic one. From 16th March 2020.