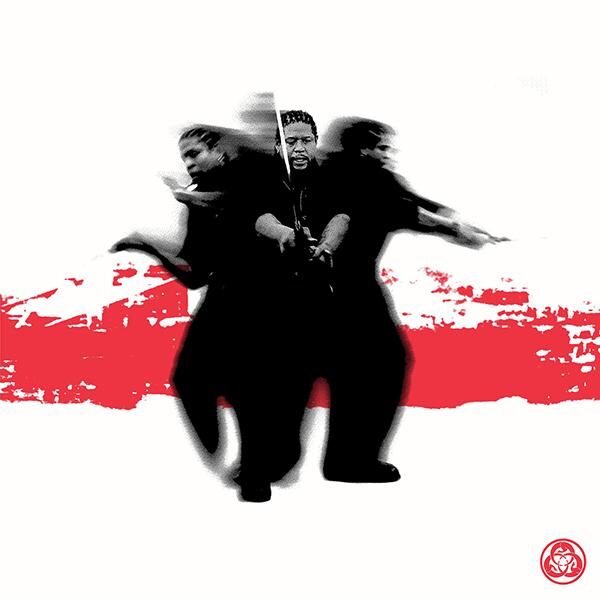 I remember seeing the Jim Jarmusch film with Forest Whitaker as the title character back in 1999 or 2000 but must admit I don’t remember the film’s soundtrack at all. For those TSP readers who have never seen the film, it revolves around a reclusive hitman working for the American Mafia who also follows the code of bushido, the samurai code of conduct and etiquette as outlined in “Hagakure: the Book of the Samurai”, written by Yamamoto Tsunetomo (1659 – 1719). In his spare time, Ghost Dog raises homing pigeons which he uses to communicate with a mobster who once saved his life and who Ghost Dog now regards as his master. Two versions of the film’s soundtrack were released at the same time as the film: one released around most of the world which features hiphop tracks, most of which do not actually appear in the film, produced by RZA with members of his Wu-Tang Clan and other DJs performing on them; and a Japanese-only version that featured all the instrumental music RZA composed for the film. It is this second, more rare version that is being reissued by RZA’s label 36 Chambers in mid-November 2020, a move sure to be welcomed by fans of the film and RZA and the Wu-Tang Clan.

After 20 years the album still sounds fresh, sharp and airy, with no deterioration in the quality of the recording’s sound, just as RZA had intended in striving for a sparse and spacious sound reflecting the austere bushido code that Ghost Dog follows even as his own actions and his loyalty to the lowlife mobster conflict with his spiritual beliefs. Eventually his loyalty to both the mobster and the demands made of him by his beliefs combine to destroy him. Something of this conflict may be present in the music, the delicate melodies in the background and the brash beats and samples competing for the listener’s attention and that contrast never resolving completely with one side dominating the other yet both claiming this reviewer’s attention at least. The more hiphop-oriented tracks tend to be quieter and less exaggeratedly aggressive and macho than much commercial hiphop that has been made over the years, and sample a variety of musics including funk and jazz. While the use of vocals is typical of hiphop, with voices chanting over a musical soundtrack, the vocals tend to start and stop with particular melodies and thus have a more “musical” quality akin to singing than they usually would for hiphop vocals. The Ghost Dog theme track (track 21) is very short but is among the more experimental pieces on the album, being a repeating one-tone melody over a series of beats all done with percussion samples. After track 21, the rest of the album features songs that don’t appear on the movie soundtrack and which are either more strongly hiphop (with contributions from Wu-Tang Clan members), funky, jazzy or soulful with near-industrial rhythms and beats.

It’s worthwhile giving this reissue a few spins to discover hiphop on the verge of shooting off into different music directions and becoming something very different and variegated, with a more delicate, even subtle and spiritual side, from its current commercial trap music state.