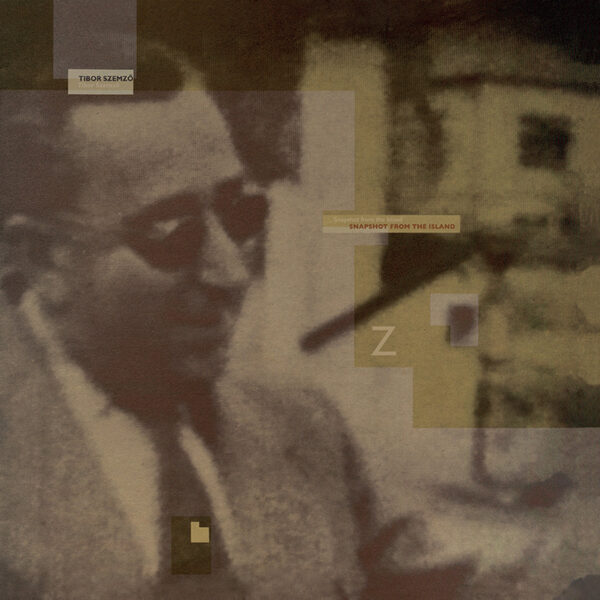 First released back in 1987 by the British label Leo Records, this album has been remastered and reissued by its creator, Hungarian sound artist / performer / film-maker Tibor Szemzo, on his own label. “Snapshot from the Island” really deserves to be better known than it currently is, as it features some amazingly evocative and mind-blowing music. The title track alone, a 24-minute ambient soundscape wonder performed on flutes and synth drums, and recorded live in 1986, all but leaves the more famous “Autobahn” recording by Kraftwerk a distant second in a flurry of dust with its call to listeners to join Szemzo and friends on a wondrous ride through imaginary lands of pure sound, buoyed by bouncy computer rhythms and a boppy-poppy beat. Choppy flutes mixed with twitchy synth drumming keep the ears (and eyes!) focused on that far distant point on the horizon rapidly coming towards us yet always still far away. The rhythms and drumming sound as if they really should be on some tropical Latino soundtrack dripping with humidity and the sweat of people dancing all night long yet they are all electronic and very airy, breezy and bracing. The track appears to divide into two parts with Part II featuring a slower, more snoozy introduction of repeating drone and long snaky lines of low-key gravelly noise. The birdlife and other animals inhabiting this universe express themselves noisily and insistently through Szemzo’s flutes and various studio effects; even the ambient insect background choirs make themselves heard at some point in the track though they inevitably are drowned out by the bigger and more flamboyant creatures.

Facing musical filler oblivion, the B-side tracks pipe up insistently and earn their own reward through sheer adventurous bravado. “Water Wonder No 2” is a brash, choppy piece with a punky character thanks to its rough flute textures that keep banging away at your eardrums for attention. Through its persistence, its hypnotic charms win you over and its rough sounds transform into a lovelier yet still spritely creature. Once it has you in its clutches, it takes you on a tour of cool soundscapes with clean sculptured lines all performed on flute. “Let’s go out and dance” is a smooth, laid-back piece that could be at home in an interstellar nightclub with a tropical paradise theme: its atmosphere is enticing and seductive, the sounds are exotic and filled with intrigue and mystery yet the music’s style is low-key and minimalist throughout. Flutes flutter and even shriek overhead while the bass melody takes its time wandering through the strange dance-club architecture and atmospheres.

Even after over 30 years the recording still sounds fresh and lively, and while the music and soundscapes are clearly of another time and place it does not sound at all old-fashioned. Each track has its own energy and spirit that enthrall this listener. The title track probably could have done with a bit editing for length in its second half, when the animals start to repeat themselves, but apart from that the album is a perfect gem of wondrous minimal ambient sound art.