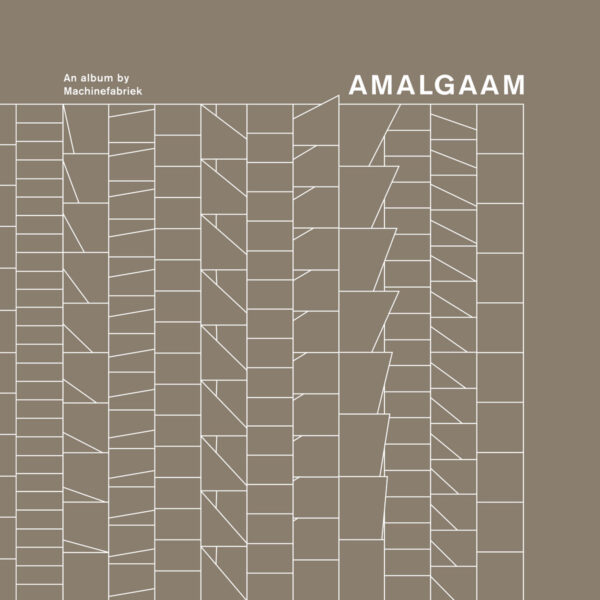 Rutger Zuydervelt under his Machinefabriek alias is here with Amalgaam (ZOHARUM ZOHAR 197-2), a very strong record and a good instance of his process-heavy reworking method. Last heard him methinks on this same label with the Short Scenes record from 2018, where the aim was to produce something reminiscent of a broken narrative or radio play in episodic format, as I recall it. Amalgaam is much simpler – it’s all about the equipment, a subject on which the creator himself remains largely silent, but the press notes give us in lingering detail as they slaver over a table strewn with effects pedals, contact mic, dictaphones, and an antique tone generator. The USP this time around is that while Machinefabriek has done a lot of his usual editing and post-processing – it wouldn’t be a party without punch if it was any different – the original recordings were, apparently, on the primitive and noisy side by his standards, and that rawness has passed directly into the finished product. Consequently, we get heavy drones sandwiched with noisy episodes and a side order of glitch, with minimal synth tones for a choice of toppings.

It may be I’m beginning to get a handle on Zuydervelt’s craft, as this one strikes me as a very successful bundle of textures and blocks, and the inherent logic in their arrangement is slowly falling into place. All four cuts were “constructed” in the autumn of 2019, except for one piece which used older 2017 materials and surfaced on a Japanese compilation tape called Landscape Painting from the Duenn label. Interestingly, I didn’t “hear” landscape with this record so much as a strange, schematic rendition of minerals and ores, an impression created in my suggestible noggin by the cover artworks. Fine work…arrived 18 May 2020.