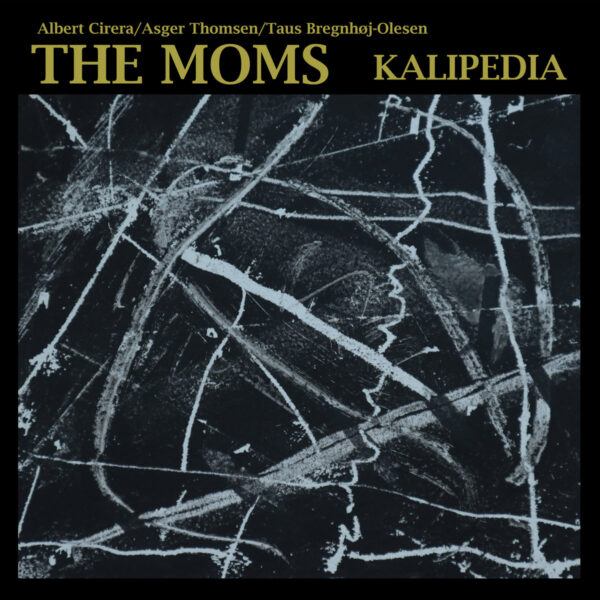 Three Danish improvisers making a superb racket of growl / drone / noise / scrape and iron filings in your biscuits…they call themselves The Moms and their debut record, Kalipedia, is self-released and pressed as one fine CD in a glossy digipak. Those grinding their bones are: Albert Cirera, reeds; Asger Thomsen, double bass; and Taus Bregnhøj-Olesen, guitar. Could even be an electric guitar, as I sense a healthy chunkment of feedback buzz and hissery being added to the general trundling, shuffling walkathon.

These Moms boys are really pulling off a musical paradox, managing to be both noisy and understated somehow; they don’t opt for the aggressive, pounding oomph of any one of Paal Nilssen-Love’s recent steamy blasters, neither are they a set of precious minimalists lingering over their every nuanced pluck and blow. Instead, 39 mins of continual abrasive free-form soundings shall by thy portion, where the trio maintain a steady, even pace and don’t feel the need to break out into crazy time-signatures or unwarranted shifts in dynamic. Every so often, one of them (most likely the reed man Cirera) will be granted a “solo”, which in this context isn’t quite what you expect it to be, and blows his top with Evan Parker styled mini-explosions. For the most part, keeping the sustained mood is the menu of the Orkneys, and this threesome have a deadly rapport in that department, enabling devastating results.

Ah, I glanced at the press release and now I learn they also play “objects”, which is a winning sign, and that Bregnhøj-Olesen uses circuit-bending on his effects pedals. Deep joy…they may share an interest in putting unorthodox practices into their musical fork-bending, and are not afraid to transform the sounds of their chosen weapons without needing to go down the pathway of “extended technique”, a practice which, when heard, usually prompts me to reach for my dagger. In fine, this is a good rugged chunk of honest free-noise improv mechanics that appeals to my inner Siberian tiger (when he’s resting on a bed of branches, that is). Recommended. (10/06/2020) 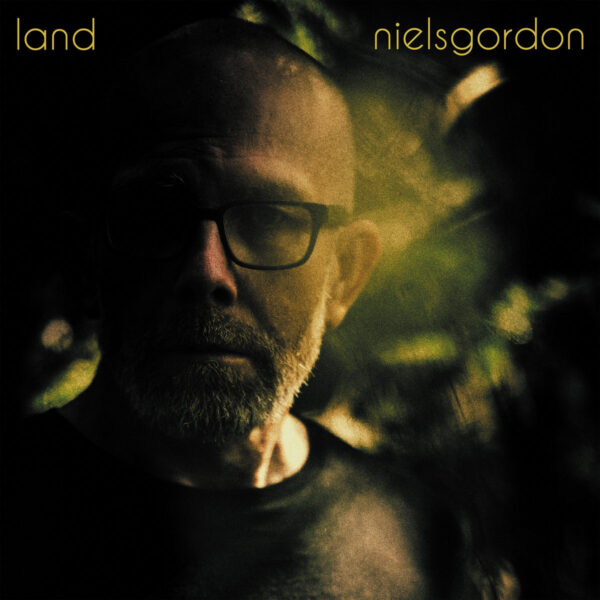 Niels Gordon is a Swedish fellow from Gothenburg with his album Land (LAMOUR RECORDS lamour108vin) – this is his debut full-length release, after a four-track EP for Numbers Music in 2016 and a cassette for Zeon Light. Niels has been active since 2012 and in that time has evolved his own hand-crafted approach to making electronic music – he started out with computers, but now is completely analogue and is proud of his array of “home organs” and synths, enhanced with a few effects. He also does everything live and semi-improvised, so there’s no leaning on computer click-tracks or sequencers. All of this makes him sound adventurous, but this album is tame; the eight tunes on Land are pleasant enough, but the music of Niels Gordon doesn’t rise above the level of competent library music – banal, forgettable melodies, predictable intervals and harmonies. (01/06/2020) The KAVE (ARJUNAMUSIC AMEL-LP720) album was created by four European players, Samuel Rohrer, Max Loderbauer, Tobias Freund and Stian Westerhus. Samuel Rohrer is a Swiss drummer and the producer and creative director of this group, of which all members play synths or electronics of some sort, the exception being Stian the guitarist and vocalist for this mostly-instrumental affair. I see we heard Rohrer briefly before on this label on the Dark Star Safari record from 2019 (where I mistakenly thought he was Norwegian for some reason). This KAVE effort is marginally more listenable, but suffers from the same stumbling block of forced, mannered irony, the musicians projecting a distant cool and detachment through their overthought, over-manicured music. They seem incapable of breaking into a sweat, let alone rocking out. Oddly enough, like the foursome who made Dark Star Safari, these KAVEsters have a touch of the Scott Walker aspirations in them too, and Stian Westerhus bravely emotes his way through a few tuneless, alienated songs, including ‘Hibernation I’, ‘Hibernation II’ and ‘Divided We Fall’ – every one a cheerless downer of cold flame and dismal news. The group are competent players though, and their claim is that they are equally skilled in both ambient composition and “quick-thinking” free improvisation, and they do manage to emanate a few original sounds across this largely lifeless, stodgy record. (01/06/2020)